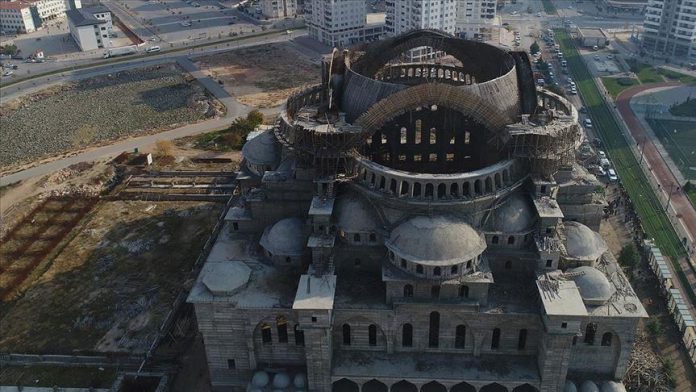 A civil engineer was found dead Saturday after a mosque’s structural framework collapsed the previous day in the Sahinbey district here in southeastern Turkey.

“Hundreds of pounds of weight have been formed when a large amount of scaffolding material fell on top of him,” said Dr. Suat Zengin, who heads Gaziantep University Medical Faculty.

“Crushes occurred in various parts of his body, especially in the head region. The autopsy will give a definitive result, but we think that probably head trauma had caused his