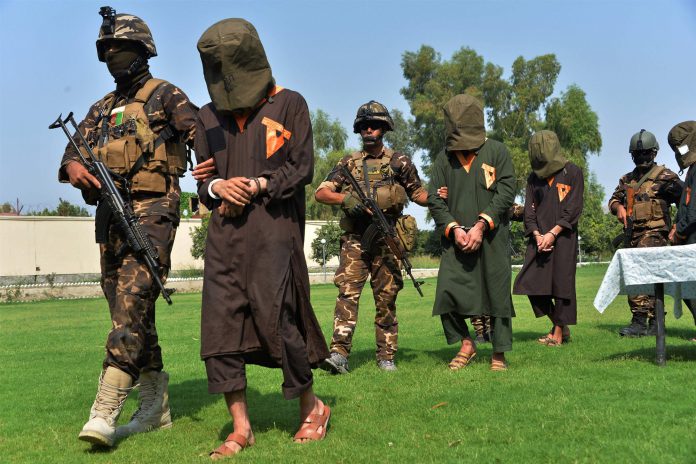 The Afghan forces backed by the Central Intelligence Agency committed at least 14 cases of serious abuses, some amounting to war, from late 2017 to mid-2019, the Human Rights Watch said in a report on Thursday.

The US-based watchdog’s 53-page report documents “14 cases in which CIA-backed Afghan strike forces committed serious abuses between late 2017 and mid-2019,” which are “illustrative of a larger pattern of serious laws-of-war violations — some amounting to war crimes — that extends to all provinces in Afghanistan where these paramilitary forces operate with impunity.”

The report, “They’ve Shot Many Like This: Abusive Night Raids by CIA-Backed Afghan Strike Forces”, urges both Kabul and Washington to immediately disband and disarm all paramilitary forces that operate outside the ordinary military chain of command and cooperate with independent investigations of all allegations of “war crimes” and other human rights abuses.

“In ramping up operations against the Taliban, the CIA has enabled abusive Afghan forces to commit atrocities including extrajudicial executions and disappearances,” said Kabul-based Patricia Gossman, associate Asia director and author of the report.

“In case after case, these forces have simply shot people in their custody and consigned entire communities to the terror of abusive night raids and indiscriminate airstrikes,” she said in the report.

The report is based on interviews with 39 local residents and other witnesses of night raids in Ghazni, Helmand, Kabul, Kandahar, Nangarhar, Paktia, Uruzgan, Wardak, and Zabul provinces, as well as with Afghan human rights groups that have documented these raids.

Since 2001, the CIA has maintained a counterterrorism operation in Afghanistan parallel to but distinct from the U.S. military operation. It has continued to recruit, equip, train, and deploy Afghan paramilitary forces in pursuit of Al-Qaeda and Taliban forces, and, since 2014, militants affiliated with the so-called Islamic State or Daesh/ISIS, the report added.

The UN expressed similar concerns in August over killing of 11 civilians during Eid holidays by such forces in Zurmat district of Paktya province. A resident of the district, Mohammad Umer, told Anadolu Agency that the night raid was conducted by the forces of fierce 01-Unit of the National Directorate of Security (NDS) in Gulal Koh village killing 11 civilians.

Amid rejuvenated yet fragile peace talks between the U.S and Taliban, the UN documented in July alone over 1,500 civilian casualties — at least 50 civilians killed or wounded on daily basis.