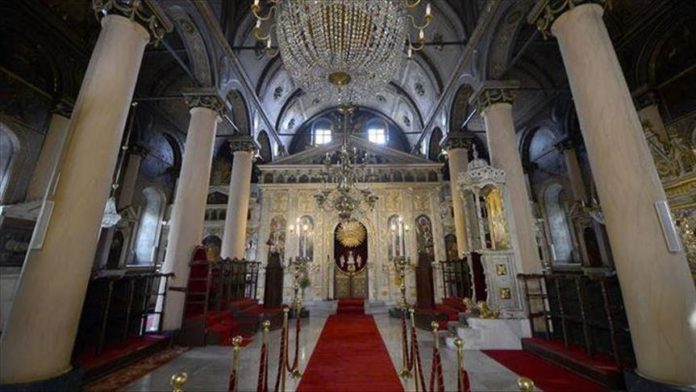 A vicar and a trainee priest from ethnic minority backgrounds have accused the Church of England of hypocrisy over its support for the Black Lives Matter movement, the Guardian reported on Wednesday.

The two men claim their race prevented them from progressing their careers in the church.

Reverend Alwyn Pereira was rejected for seven positions as a vicar in Bristol. He then discovered a letter on his personal file saying there were “cultural differences in the way people like Alwyn communicate, and actually handle issues of truth and clarity.”

Trainee priest Augustine Tanner-Ihm, who was applying for a position at a church, received a rejection e-mail that said: “The demographic of the parish is monochrome white working-class, where you might feel uncomfortable.”

Pereira was quoted by the Guardian as saying: “This is utter hypocrisy. Our church offers hope, and it is right that our bishops speak out against injustices, but it is a concern that endemic racism persists within. Over 30 years have elapsed, and our church is still ‘discussing’, still ‘listening’.”

Tanner-Ihm posted his rejection letter on Twitter, adding: “Bishops make statements of #BlackLivesMatter this week, I’m still struck by this I received & many more from Diocesan Staff this year. Also the 8 different dioceses that rejected me for a curacy. I guess not all black lives matter.”

Earlier this week, the Archbishop of Canterbury Justin Welby, who heads the Church of England, tweeted: “The racism that people in this country experience is horrifying. The church has failed here, and still does, and it’s clear what Jesus commands us to do: repent and take action.”

Last February, Welby said he was ashamed that the Church of England was still “institutionally racist”.

Welby made his comments at the General Synod, the church’s ruling body.

Its members voted to back a motion apologizing for the Church’s racism since the arrival of the Windrush generation — citizens of the Commonwealth who arrived to Britain from Caribbean countries between 1948 and 1971.

Many ethnic minority Christians arriving to the UK were met with hostility from the Church at the time.

“There is no doubt when we look at our own church that we are still deeply institutionally racist. Let’s just be clear about that. I said it to the College of Bishops a couple of years ago and it’s true,” he said.

He called for the Church’s “hostile environment” to turn into a “hospitable, welcoming one.”

“Unless we are radical and decisive in this area in the future, we will still be having this conversation in 20 years’ time and still doing injustice — the few of us that remain, deservedly,” he said.

He called for more ethnic minority representation on the church’s panel, and the General Synod voted to appoint an independent expert to assess the situation of ethnic minorities in the Church.