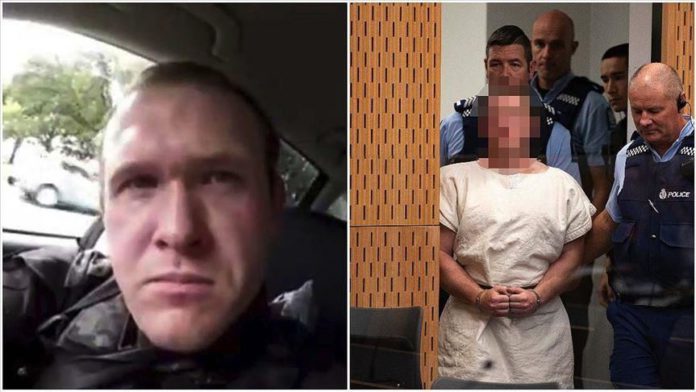 The victims of Christchurch mosques shootings told stories of pain inside the High Court room in New Zealand on Monday as the white supremacist attacker is set to be sentenced.

With tears rolling down her cheeks, Janna Ezat, mother of a victim, told the court that she received the body of her son when it was her birthday, and Mother’s Day in the Middle East.

Hussein Al-Umari, 35, is one of the victims murdered by Brenton Tarrant, 29, a terrorist who admitted killing 51 Muslims in Christchurch as they were preparing for Friday prayers on March 15, 2019.

“Hussein Al-Umari used to give me flowers for my birthday but instead I got his body,” Ezat said. The family arrived in New Zealand in 1997 when Al-Umari was 12.

Australian-born Tarrant’s process of sentencing will take at least four days. He was brought to Christchurch Sunday amid heightened security. He moved to New Zealand in 2017.

Amid moving tale of her son, Ezat’s statement came as a relief; she forgave Tarrant. “I decided to forgive you Mr Tarrant because I don’t have hate … I have no choice,” she said, according to daily New Zealand Herald.

The mother’s statement generated a slight response from Tarrant who was seen nodding and wiping his eye. Tarrant will face over 60 victims over the course of sentencing.

A survivor of the terrorist attack, Khaled Alnobani, addressed Tarrant saying: “My heart is broken, but I am not broken. We have become more united – and thank you for that.”

“No one will remember you with joy… the damage you have inflicted was like a wild bull in a china shop,” Tarrant was told by Mazharuddin Syed Ahmed, a survivor of Linwood mosque attack.

He has already pleaded guilty to 51 charges of murder, 40 of attempted murder, and one of terrorism.

Karabakh: Lachin region handed over to its real owners