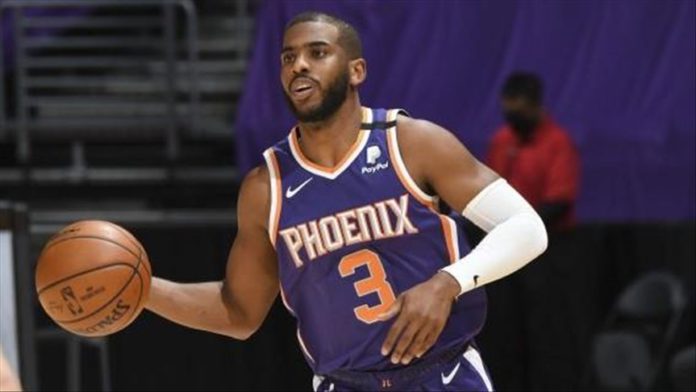 Chris Paul guided his team, Phoenix Suns, to the 2021 NBA finals on Wednesday as the Suns beat Los Angeles Clippers 130-103 to win the Western Conference Finals.

Suns point guard Paul, 36, scored 41 points and 8 assists to be the key player for the win at Staples Center in Los Angeles.

Phoenix reserved their place in the 2021 finals, eliminating the Clippers 4-2 after the victory in game six.

Another Suns guard Devin Booker racked up 22 points and had seven rebounds.

Deandre Ayton made a “double-double” with 16 points and 17 rebounds for the Suns.

It is the third time that the Suns reached the NBA finals.

Phoenix have previously done it in 1976 and 1993, but they lost came up empty-handed. The Suns are now looking for their first NBA championship.

They will face the Milwaukee Bucks or the Atlanta Hawks in the 2021 final series.

The Eastern Conference finals between the Bucks and the Hawks tied 2-2 in the best-of-seven series.

The team that reaches four wins first will qualify for this year’s finals against the Suns. The finals will have the same format too.