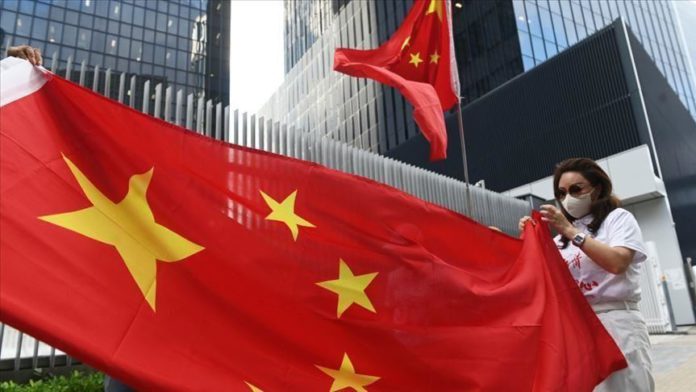 Australia’s turbulent relations with China over the past many months are linked to its domestic issues rather than joining the anti-Beijing bandwagon of its western allies, believe experts.

Speaking to Anadolu Agency, Salvatore Babones, an American sociologist and associate professor at the University of Sydney said the growing anti-China sentiments in Australia are “due to local scandals” involving Chinese and Australian businessmen.

He said that Chinese influence in Australia has increased manifold over the past two decades particularly after 2010.

“The past two decades have witnessed an influx of Chinese immigrants to Australia who have invested heavily in the country. Some of that cash has inevitably gone into cultivating influence inside Australia’s major political parties,” said Babones, who is an expert in the areas of Chinese and American economy and society.

“Many Australians are troubled by this, and the latest surveys show anti-China sentiment at a record high,” he said.

Beijing, however, has dismissed Australia’s allegations of interfering in the country.

“Some people in Australia have gone to extremes to stir up the anti-China sentiment by smearing and attacking China, poisoning the atmosphere of China-Australia ties,” China’s Foreign Ministry Spokesman Wang Wenbin told a news conference in Beijing on Wednesday.

He even linked the steps taken by Canberra to Cold War mentality and ideological bias.

A recent study by Australian National University said Chinese investment in Australia had climbed to nearly $11 billion in the past decade.

But the investments have seen a severe decline to nearly $1.8 billion. The study shows investments rising post-2010 until 2015 since then they have come down to $1.8 billion last year, almost by 48% in one year.

Babones said the investment made Chinese immigrants qualify for getting permanent residency and have a say in domestic politics, which has led to current tensions.

The bilateral relations between Australia and China went into a tailspin after the COVID-19 outbreak. The new security law imposed by China in Hong Kong this July added fuel to the fire, leading Australia to launch a broadside attack on Beijing.

“To say Australia is siding with the US to attack China on COVID-19 is not justified by the facts,” said the professor.

He added Australia was taking advice from China to combat coronavirus until mid-January.

“When Beijing said the COVID-19 was infectious and communicable, it caused a backlash in Australia,” he said. The virus was first detected in Wuhan city, the capital of the central Chinese province of Hubei.

“It was Australia, not the US, which formally asked the World Health Organization to probe the origins of coronavirus,” said the scholar.

US President Donald Trump is leading criticism against China, accusing it of not informing the world in time about the deadly infection.

Babones argued that Trump’s tirade against China has nothing to do with Australia’s decisions.

“It is very unpopular in Australia if a sitting prime minister is seen taking dictations from White House,” he added.

Meanwhile, the Australian Federal Police (AFP) and the Australian Security Intelligence Organization (ASIO) are investigating a wide range of allegations that China is “influencing the politics” in the country.

The AFP and the ASIO raided serving Australian lawmakers early this June while two journalists were pulled out of China last month.

Reacting to such allegations, the Chinese Foreign Ministry in a statement warned against creating an anti-China hype.

Reports said that during the investigation Australian police have “intercepted and read” the communications of Chinese diplomats.

The probe by the AFP and the ASIO has led to raids on the residences of Chinese journalists and professionals. They have been questioned with their computers and phones seized.

The professor said while there is no chance of any improvement in their bilateral relations in near future, the interesting fact is that bilateral trade between the two countries is rising.

“Australia is both a major agricultural and a major mineral exporter to China, but although Australian agriculture has faced significant Chinese sanctions, Australian minerals have been largely untouched, and iron ore exports to China have risen substantially,” said Babones.

He, however, warned that Australia will not allow Chinese interference in its political system even at an economic cost, which may lead to more confrontation in the coming days.

The AFP and the ASIO are trying to ascertain whether China tried to gain a foothold in the New South Wales state parliament through the office of Labor backbencher Shaoquett Moselmane.

According to the American sociologist, Australia is not too much interested in the Quadrilateral Security Dialogue (QUAD) led by the US.

“Australia and India are confronting China based on their issues not linked to the US,” he argued.

QUAD is an informal strategic forum between the United States, Japan, Australia, and India that is maintained by semi-regular summits, information exchanges, and military drills between member countries.

The loose grouping has achieved significance recently due to the US-China trade war and COVID-19 backlash to Beijing.

“Australia is a much smaller country than other QUAD members, which effectively means less influence inside the QUAD. Also, India is reluctant to upset Russia by being seen turning too strongly toward the US camp,” Babones added.