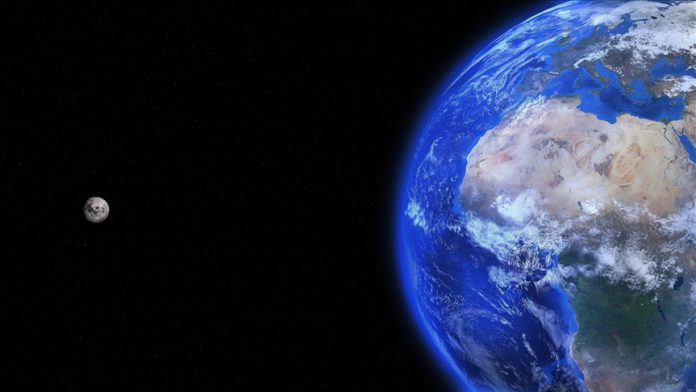 In a historic first, a Chinese probe made a successful moon landing and started to collect moon samples, state-run media reported.

The lander-ascender combination of China’s Chang’e-5 lunar probe successfully landed in the huge volcanic plain Oceanus Procellarum, or “Ocean of Storms,” on the near side of the moon on Tuesday evening, Global Times quoted China’s National Space Administration as announcing.

While landing, the probe’s camera also took a picture of the landing area.

The probe landed on the moon eight days after lifting off from South China’s Hainan Province on Nov. 24.

The development was China’s third successful landing on the Earth’s natural satellite, following the Chang’e-3 probe on Dec. 14, 2013, and a historic first landing on the far side of the moon by the Chang’e-4 probe on Jan. 2, 2019, according to state-run media.

The landing site, scientists believe, contains rocks and soil that are 3.2 to 4 billion years old. It has never been visited either by a probe or human, and is believed to fill an important gap for scientists to better understand the moon’s volcanic nature.

“Sample collection on a celestial body normally combines the scoop and the drill, since the materials on the surface are usually too complicated to analyze because of all kinds of space weathering effects, and it is the soil and rocks underground that are most valuable for studying,” Global Times quoted Wang Yanan, mission developer China Aerospace Science and Technology Corporation, as saying.

The improved drilling system has realized a 70% success rate for the collection of integral samples, he added.

Following the soft landing, the probe’s ascender will take off from the moon’s surface, in another first for China. It will later rendezvous and dock with the orbital module at the lunar orbit some 380,000 kilometers (236,000 miles) away from Earth, which has never been done before. The re-entry capsule will then return the lunar material to the preset landing site in North China’s Inner Mongolia Autonomous Region for further study and research, according to Global Times.

WHO 'studying' mink-related strains of COVID-19