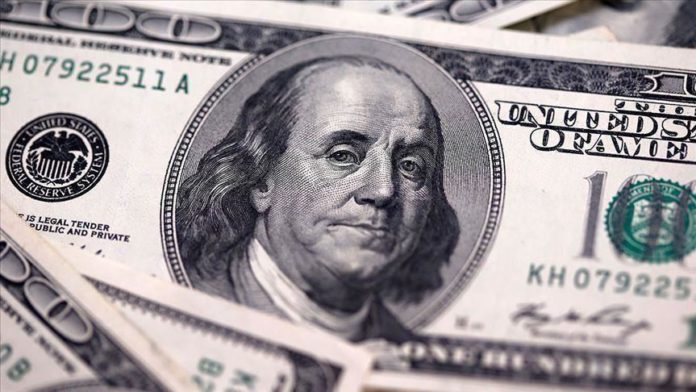 Chinese companies that are listed and traded on the US stock market are worried about uncertainty regarding US-China trade tensions ahead of November presidential elections.

Almost 800 days since US President Donald Trump ignited a trade conflict with Beijing, Chinese firms have already started to feel pressure with more regulatory oversight in US stock markets from a Senate bill to forced sale of TikTok’s US businesses.

The video-sharing app, along with messaging and payment app WeChat, was banned from US app stores last Sunday because of Trump’s executive orders that claimed they “maliciously” collect personal data of American users.

It will not be surprising for Trump to toughen his stance in Sino-American trade relations, as he also blames Beijing for the emergence and spread of the coronavirus around the world that crippled major economies.

Trump’s opponent in the race for the White House, Democratic nominee Joe Biden, is widely expected to have a softer diplomatic approach toward Beijing.

But it would not end the trade conflict, after his campaign advisor, Kurt Campbell, indicated Democrats acknowledged Trump was “accurate in diagnosing China’s predatory practices,” which include technology transfers, intellectual property rights and the US’ ever growing trade deficit with China.

Since kicking off a trade war in February 2018, the Trump administration slapped tariffs on $550 billion worth of Chinese products. Beijing responded by imposing tariffs on $185 billion on US goods.

Despite the tariffs, the US’ trade deficit in July 2020 soared to $63.6 billion, its highest level since July 2008, due to record increases in imports, according to the US Commerce Department.

Trade tensions aside, Chinese companies, like other non-US firms, have long enjoyed high exposure and access to investors and capital when it comes to trading on the New York Stock Exchange (NYSE) – the world’s largest financial market valued at more than $35 trillion.

That could change, however, if trade relations with Washington does not subside after the Nov. 3 presidential election when Chinese firms could start looking for other financial markets for capital and investors.

Being traded on the NYSE could bring some legislative burden for Chinese firms as well, after the US Senate passed a bipartisan bill in May “to kick deceitful Chinese companies off US exchanges.”

“It’s asinine that we’re giving Chinese companies the opportunity to exploit hardworking Americans — people who put their retirement and college savings in our exchange — because we don’t insist on examining their books,” Republican Senator John Kennedy, from Louisiana, said about the bill.

“As we continue to experience the economic fallout and volatility caused by the COVID-19 pandemic, the need to protect main street investors is all the more important. For too long, Chinese companies have disregarded US reporting standards, misleading our investors,” said Democrat Senator Chris Van Hollen, from Maryland.

After the 2008 global financial crisis, China-based firms that have listings on US stock markets have increased, but so did problems they bring, such as irregular accounting practices and lack of transparency, compared to US standards.

Even in China some companies face issues, such as coffeehouse chain Luckin Coffee being slapped Tuesday with a $9 million fine by Chinese regulators for fraudulent practices in inflating sales and profit figures.

As of Feb. 25, 2019, there were 156 Chinese companies, 11 state-owned, listed on US exchanges with a total market capitalization of $1.2 trillion, according to US-China Economic and Security Review Commission. That amount is around 3.5% of US stock market’s valuation.

On top of the list, based on market capitalization, comes e-commerce firm Alibaba, which had an initial public offering (IPO) on the NYSE in 2014, raising $25 billion on its first day of stock offering, and marking the largest IPO in world history back then.

After those companies are China Life Insurance Company, the largest life insurer in China with 70% state-ownership, and then comes tech companies like internet firm Baidu, China Telecom, and online retailer JD.com.

Those major energy and tech firms, of course, have the option to leave the US stock market and list in other exchanges in Hong Kong, London and Tokyo — a move that could damage the US’ long-standing power as a global financial capital if it becomes a trend for other firms of different nations.

Not all Chinese companies can become successful as Alibaba, but Asian markets have recently understood the value of start-ups that show high potential, and have begun making local listings more affordable and attractive.

Luckin Coffee, which was founded in Beijing in 2017, has a market cap of $550 million on the NYSE, but its number of stores exceeded those of Starbucks in China as of January, showing great potential for expansion.

Tencent, the world’s largest video game vendor and owner of popular messaging and social payment app WeChat, which was also banned by Trump in US app stores, only has a market cap of $49 billion on the NYSE, but $4.8 trillion on the Hong Kong stock exchange.

Since the 2008 financial crisis, China’s GDP expanded between 6% and 11%, and it opened its economy faster than US and Europe amid COVID-19. Some experts point to the growing size of the middle-class and rapid growth of investors in the world’s second largest economy as strong support for Chinese firms in local stock markets.

Whereas, the world’s strongest economic power, US, saw its economy contract a record 31.7% during the April-June period of this year, while consumer spending has hardly recovered from the current recession, which is the largest since Great Depression.