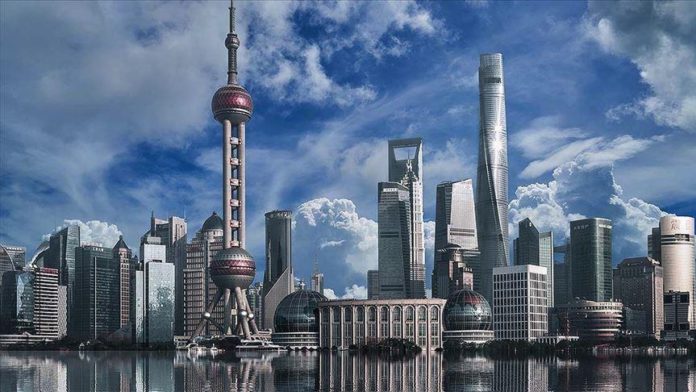 China’s economy expanded by 8.1% year-on-year in 2021, according to China’s National Bureau of Statistics on Monday.

The figure was below the government’s target of 6% for last year.

China’s GDP growth slowed to 4% on an annual basis, its slowest pace in 18 months, in the last quarter with real estate crisis and measures related to coronavirus variants.

China implements a zero-case strategy of combating the coronavirus pandemic, including the lockdown of the Xi’an city in central China in late December.

Real estate developer China Evergrande Group has more than $300 billion in liabilities and struggles to pay its debts.

As the real estate and associated industries made up for as much as 30% of China’s gross domestic product, investors were concerned that a collapse by the Evergrande Group could cause wider risks for the country.

The statistical office also revealed that China’s industrial output rose 9.6% in 2021 compared to the previous year and 4.3% in December.

The country’s retail sales also climbed by 12.5% last year and 1.7% in December from a year ago.

The People’s Bank of China also lowered its key lending rate for the first time in nearly two years as Monday’s official figure indicated that the economic growth had slowed.