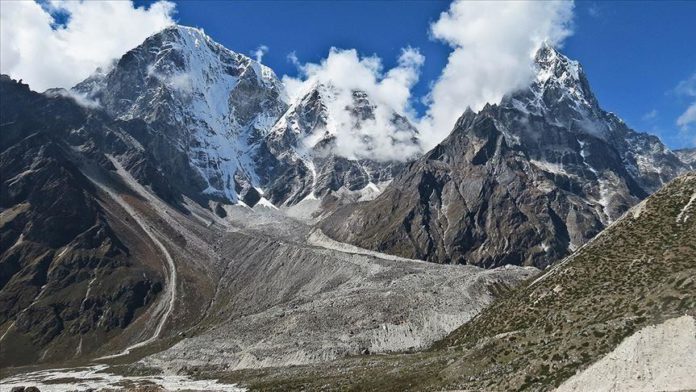 A group of 30 Chinese climbers and surveyors are set to remeasure the height of the world’s highest mountain Everest, according to the state media.

The team of professional climbers and surveyors from China’s Natural Resources Ministry left their base camp at the mountain en-route to the summit point on Wednesday, the official Xinhua news agency reported.

A group of 30 is expected to conduct surveys at the highest mountain peak above sea level using such devices as the Global Navigation Satellite System and gravimeter, Xinhua quoted Wang Yongfeng, vice director of the mountaineering administrative center of the General Administration of Sport, as saying.

Meanwhile, the team reached the base camp at the peak in early April for mountain climbing training, as well as surveying skills in the high altitude area, according to Wang.

The Chinese surveyors have conducted six rounds of scaled measurement and scientific research on the mountain since 1949, the founding of the People’s Republic of China.

It is said that controversy over the exact height of the summit is due to variations in snow level, gravity deviation and light refraction.

Earth’s highest mountain, also known as Chomolungma, is located in the Mahalangur Himal sub-range of the Himalayas. The international border between Nepal and the Tibet Autonomous Region of China runs across the Mt. Everest summit.

On March 11, the China Tibet Mountaineering Association, the organization in charge of issuing all travel and climbing permits across the Tibetan Plateau, announced it canceled the climbing season this spring to Everest from the China-controlled north side of the mountain amid the novel coronavirus pandemic, according to National Geographic.

Following China, Nepal also announced on March 12 that it canceled all spring climbing expeditions, including those to Everest.