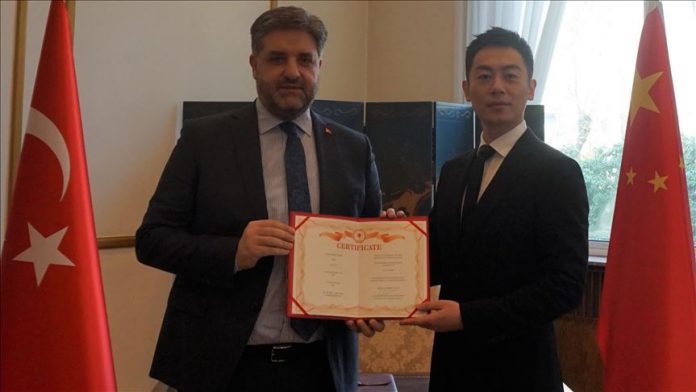 He recalled the agreed-upon target of drawing 1 million Chinese tourists to Turkey.

Zhu was named one of China’s most famous people by Forbes magazine.

Currently, he is starring in a historic drama series Empress of the Ming.