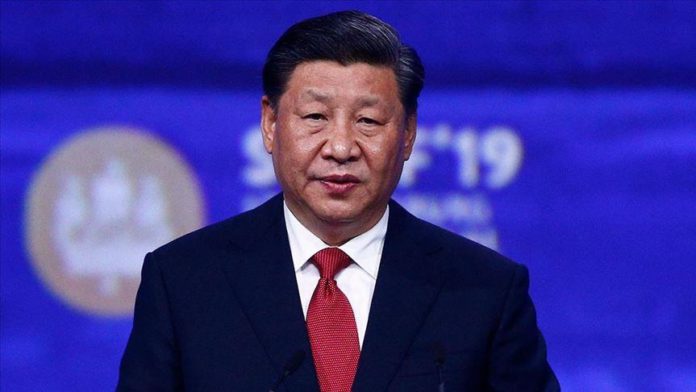 China’s President Xi Jinping on Monday called on countries to discard a “Cold War mentality” and to seek peaceful coexistence and win-win outcomes.

“Acts of containment, suppression or confrontation arising thereof do all harm, not the least good, to world peace and security,” Xi told Davos Agenda, an annual event by World Economic Forum.

He said confrontation “only invites catastrophic consequences. Protectionism and unilateralism can protect no one; they ultimately hurt the interests of others as well as one’s own.”

“Countries have divergences and disagreements between them. Yet a zero-sum approach that enlarges one’s own gain at the expense of others will not help,” Xi said.

He suggested “peaceful development and win-win cooperation” as the “right way forward for humanity.”

China to provide 1B vaccine doses to Africa

In the wake of the COVID-19 pandemic, the Chinese president said countries need to strengthen international cooperation and carry out active cooperation on research and development of medicines.

“China is a country that delivers on its promises. China has already sent over two billion doses of vaccines to more than 120 countries and international organizations,” he said, and announced another 1 billion doses for African countries, including 600 million doses as donation.

Besides, he added, China will donate 150 million doses to member states of Association of Southeast Asian nations.

Xi said the global Human Development Index had declined for the first time in 30 years.

“The world’s poor population has increased by more than 100 million. Nearly 800 million people live in hunger. Difficulties are mounting in food security, education, employment, medicine, health and other areas important to people’s livelihoods. Some developing countries have fallen back into poverty and instability due to the pandemic. Many in developed countries are also living through a hard time,” he said.