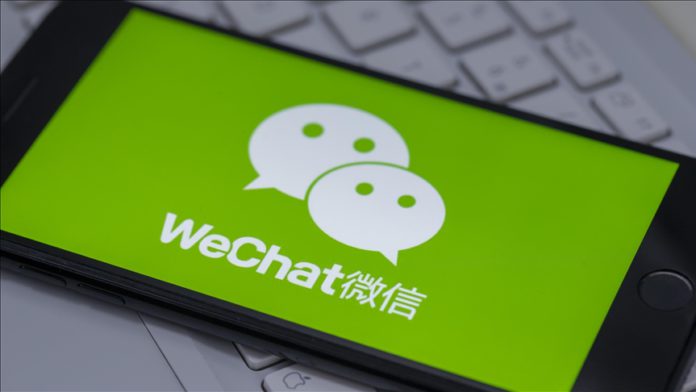 Prime Minister Scott Morrison had sent out a message on Tuesday to Chinese netizens on WeChat — seen by at least 57,000 users – but the Chinese social media giant blocked it, according to broadcaster SBS News.

According to the SBS News, Morrison’s message to Chinese netizens “appeared to be blocked by Wednesday evening with a note appearing from the ‘Weixin Official Accounts Platform Operation Center’ saying the content was unable to be viewed because it violated regulations, including distorting historical events and confusing the public.”

Chinese Foreign Ministry Spokeswoman Hua Chunying said: “WeChat has right to deal with the matter according to its rules.”

In his message, Morrison had criticized Zhao Lijian for posting the “false” and doctored” image.

Reacting to the criticism, the Chinese Embassy in Canberra said: “The rage and roar from Australian politicians and media over the soldier image was an overreaction. Australia was seeking to deflect public attention from the horrible atrocities by certain Australian soldiers.”

China has sought a probe in to the alleged war crimes committed by special Australian forces deployed in Afghanistan.

The Australian soldiers are accused of being involved in the killing of 39 Afghan civilians.

The disclosure comes after special forces members were implicated in a war crimes inquiry on Afghanistan released last month by the Australian Defense Ministry.

At least 19 serving and former soldiers are being considered for potential criminal prosecution.