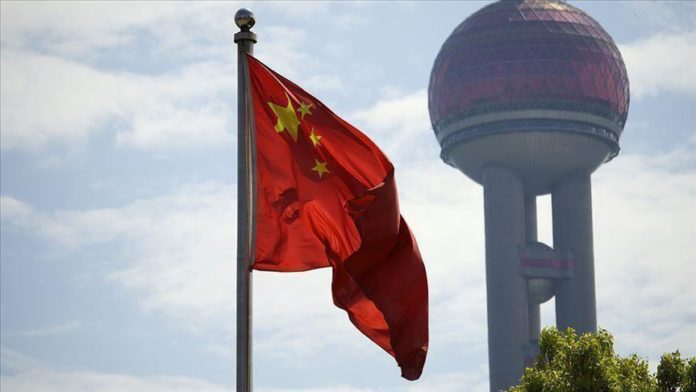 China’s “aggressive” posturing in the disputed Jammu and Kashmir region against India in the past four months is linked to security of its borders and a “clear break from its past,” experts say.

Beijing has reportedly adopted a multi-pronged strategy: unleashing massive military drills along the border with India, critical reporting and editorials in state-run media against India and an aggressive diplomatic stance.

Rana Mitter, director at the University of Oxford China Centre, says China is “feeling under pressure” vis-à-vis its borders.

Besides Pakistan, it was China which vociferously opposed India’s unilateral annexation of the disputed Jammu and Kashmir on Aug. 5, 2019, after which New Delhi downgraded the region into two federally run “Union Territories [UT]” – UT of Jammu and Kashmir and UT of Ladakh.

China shares its borders with UT of Ladakh, and current tensions between China and India are in Ladakh where India lost 20 soldiers in June.

It was for the first time since 1975 that the two sides opened gunfire – a complete departure from past bilateral understanding on unmarked boundary issues.

It is rare to get a peep into Chinese thinking and policy making when it comes to foreign affairs.

However, an influential Beijing-based think tank, in a report the same month Indians suffered fatalities at the hands of the Chinese military, noted: “On the Chinese side, India opened up new territory on the map, incorporated part of the areas under the local jurisdiction of Xinjiang and Tibet into its Ladakh union territory,” it said. “This forced China into the Kashmir dispute, stimulated China and Pakistan to take counter-actions on the Kashmir issue, and dramatically increased the difficulty in resolving the border issue between China and India.”

The report was released by the Institute of South Asian Studies at the China Institutes of Contemporary International Relations (CICIR), which is affiliated with the Ministry of State Security, China’s top intelligence body.

China is ‘going to be assertive’

“This is [because] of China’s new Tibet policy under which the physical barriers of the Himalayas will become less obstructive and China will reach out to what it considers extensions of Tibetan plateau especially in cultural and political terms,” said Bhattacherjee, who covers India’s foreign affairs for The Hindu newspaper.

“It is a renewed push that China is making and it is attempting a clear break from the past … the era of summits, secret diplomacy and informal summits is over for sometime and they are going to go for real tough international politics,” he asserted.

Tenzin Gyatso is the 14th Dalai Lama — an important monk of the Gelug school, the newest school of Tibetan Buddhism.

Considered a spiritual leader of Tibet, he left the region in the late 1950s and settled in Dharamsala in northern India where he continues to be the spiritual leader of “Tibetans in exile” – another serious bone of contention in bilateral relations of China and India.

“India has its own internal issues … economy is in an unprecedented negative shape; the US is internally divided and it is an election year there while Europe is not a match for China, at all,” he said. “Africa, South East Asia, Latin America, all these countries want investors and the Chinese have reached out to these countries.”

He said China has the numbers at international platforms, especially the UN and its various organs. “It is a new, new China that we are going to deal with.”

According to Mitter, despite being under pressure overseas, “China is reassured in certain areas: the economy is growing again, albeit slowly, and it has also managed to control the COVID-19 virus quite well. So, it has points that allow it to plan medium term.”

China has declared the $60 billion China-Pakistan Economic Corridor, or CPEC, as a flagship project of its Belt and Road Initiative (BRI).

The security of CPEC – which traverses northern Pakistan through southern Balochistan into the Arabian Sea — remains the top concern of Beijing.

“As of now, China does not have one single solution to the security question which surround these areas – this is a major dilemma as China’s economic interests in the area increase,” Mitter said.

India has often criticized CPEC for it runs through Gilgit-Baltistan, part of pre-1947 Jammu and Kashmir — a UN-recognized disputed territory whose political fate remains undecided.

“China is currently feeling under pressure and is keen to secure its border areas. Therefore, its keenness to make sure its border policy is seen as solid at the border with India should be seen as part of a greater sensitivity over border areas more broadly,” he said.

“It is in their [China and India] mutual interest not to escalate the situation beyond a certain point. China wants India to stop subverting CPEC. In return, we may eventually see China softening its posturing on Kashmir,” Basit, who was Pakistan’s high commissioner in New Delhi, told Anadolu Agency from Islamabad.

Mitter seems to agree with Basit. “Pakistan has traditionally been an ally of China but it is unlikely to intervene directly at the UN. China’s preference tends to be for bilateral negotiations,” he said.

Post Aug. 5, 2019, Pakistan was able to get three informal sittings of the UN Security Council with Chinese support.

“China is seeking as much security as possible around the CPEC and other areas concerned with Belt and Road [Initiative],” said the Oxford University professor.

Voices from Srinagar, the capital of Indian-administered Kashmir, also agree that annexation of the disputed region has triggered current tensions in the region where three nuclear powers – Pakistan, China and India are engaged.

“August 5, 2019 proved provocative for Beijing resulting in the present crises,” said Shah Abbas, a political observer and journalist for over two decades. “The legislative changes [by India] in fact provided China an opportunity to directly intervene in the Kashmir dispute.”

He linked Beijing’s overtures in Ladakh to comments by India’s Home Minister Amit Shah who said India was committed to “liberate Aksai Chin” which New Delhi considers part of Ladakh.

Aksai Chin is part of Jammu and Kashmir but under Chinese control.

“China also took the Aug. 5 [2019] decision as a direct threat to its BRI project so it decided to safeguard the project aimed at expanding China’s global commercial connections,” said Abbas.