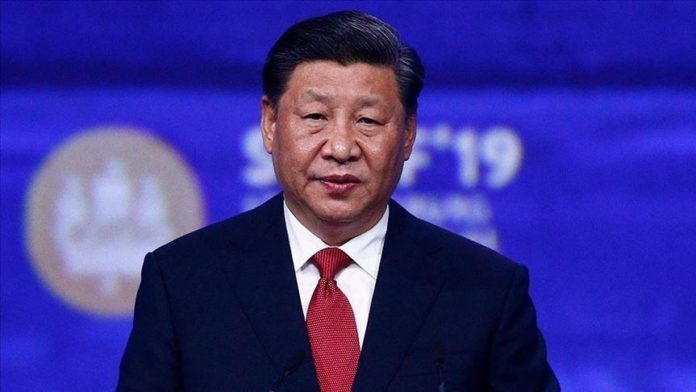 “Communist Party of China [CPC] and the Chinese people, through tenacious struggle, have shown the world that China’s national rejuvenation has become a historical inevitability,” Xi Jinping told a gathering of nearly 70,000 people in Tiananmen Square in Beijing marking CPC’s centenary.

“They have shown the world that the Chinese nation has achieved the tremendous transformation from standing up and growing prosperous to becoming strong,” Xi said, according to state-run Xinhua news.

The CPC, founded by Mao Zedong in July 1921, is the sole governing political party of China.

In an almost hour-long speech, Xi said: “China has realized the first centenary goal — building a moderately prosperous society in all respects.”

“This means that we have brought about a historic resolution to the problem of absolute poverty in China, and we are now marching in confident strides toward the second centenary goal of building China into a great modern socialist country in all respects,” the president said.

Xi, 68, is also the chairman of China’s Central Military Commission, and secretary general of the CPC.

He said the Chinese nation “does not carry aggressive or hegemonic traits in its genes.”

However, he insisted that Chinese people will “never allow any outside force to bully, oppress or subjugate us.”

“Anyone who attempts to do so will be battered before the iron Great Wall built with flesh and blood of over 1.4 billion Chinese people,” Chinese daily Global Times quoted Xi.

While Xi addressed the Chinese nation, at least 71 military aircrafts hovered over skies as part of the wide-range celebrations of the CPC’s 100th year of foundation.

Urging full implementation of the “one country, two systems” and the central government’s “full governance over Hong Kong and Macao to maintain prosperity”, Xi said: “solving the Taiwan question and realizing reunification are the unswerving historical tasks of the CPC and all Chinese people.”

Beijing considers Taiwan a “breakaway province” while Taipei insists on being independent since 1949.

“No one should underestimate the strong determination, strong will and strong power of the Chinese people to safeguard territorial integrity and sovereignty,” he emphasized.