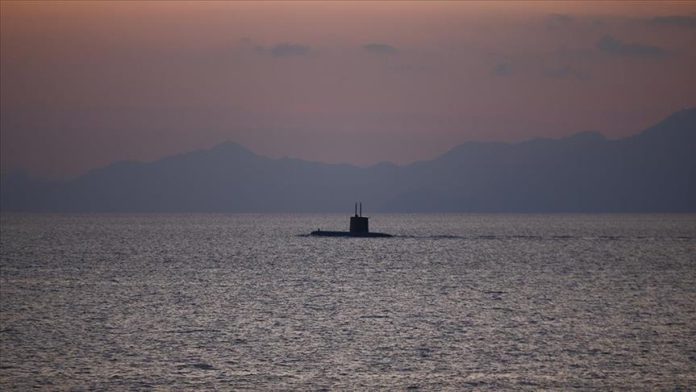 Chinese and American navies were once again face to face in the South China Sea on Thursday.

In a statement, the Chinese People’s Liberation Army said a US destroyer trespassed its territorial waters surrounding the Xisha Islands in the South China Sea “without Chinese government’s approval,” reported CGTN news.

The US 7th Fleet, which commands America’s Asia-Pacific operations, said its USS Benfold (DDG 65) “asserted navigational rights and freedoms in the vicinity of the Paracel Islands, consistent with international law.”

“This freedom of navigation operation (FONOP) upheld the rights, freedoms, and lawful uses of the sea recognized in international law by challenging restrictions on innocent passage imposed by China, Taiwan, and Vietnam and also by challenging Beijing’s claim to straight baselines enclosing the Paracel Islands,” the command said in a statement.

China claims sovereignty over parts of the resource-rich sea, bringing it into a dispute with the Philippines, Malaysia, Taiwan and Vietnam.

The Philippines won a case in 2016 at the Permanent Court of Arbitration (PCA) in The Hague, which invalidated China’s expansion claims over the resource-rich South China Sea.

It is claimed by China and several other regional countries.

China’s assertions are based on its “nine-dash line” – purple dashes on official Chinese maps that denote Beijing’s historical claims over the South China Sea.

The Chinese and US warships engaging in maritime conflicts has been a regular feature in the South China Sea.

“The US challenges excessive maritime claims around the world regardless of the identity of the claimant,” the American command said.

“The PRC, Taiwan, and Vietnam each claim sovereignty over the Paracel Islands. All three claimants require either permission or advance notification before a military vessel engages in ‘innocent passage’ through the territorial sea… The unilateral imposition of any authorization or advance-notification requirement for innocent passage is unlawful,” it said.

“By engaging in the innocent passage without giving prior notification to or asking permission from any of the claimants, the US challenged the unlawful restrictions imposed by China, Taiwan, and Vietnam. The United States demonstrated that innocent passage is not subject to such restrictions,” it added.