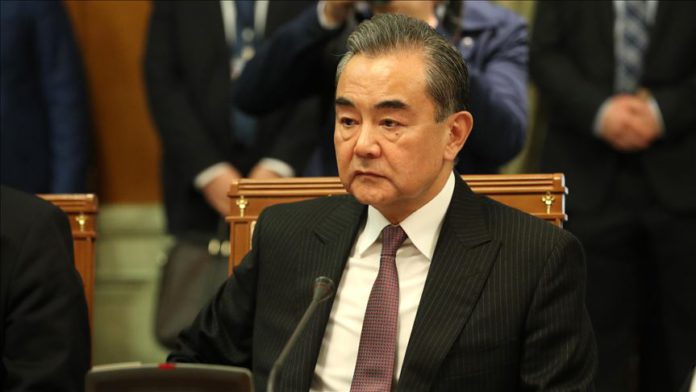 China on Wednesday called on India to “restrain its military to prevent any provocative” actions in the region.

In a phone call with his Indian counterpart, China’s Foreign Minister Wang Yi urged India to investigate the last Monday’s military clash in the Ladakh area of disputed Jammu and Kashmir.

“[China] urged India to investigate the clash incident in the border region on Monday, punish those responsible, and restrain its military forces in the region to prevent any provocative actions,” Wang told Subrahmanyam Jaishankar, according to daily Global Times.

India confirmed on Tuesday that at least 20 of its troops, including an officer, were killed in the eastern Ladakh area along the Line of Actual Control (LAC) — de facto border of India and China in the disputed region.

It is first high-profile civilian contact between the two countries ever since tensions erupted in Ladakh area in early May.

Earlier today, China reiterated its claim that a recent military clash with India had occurred on Beijing’s side of the LAC thus “the responsibility [of the clash] did not rest with China”.

Press Trust of India, quoting Wang during the phone call, reported: “India and China should follow important consensus reached by their leaders.”

But according to the Chinese state media, Wang added: “India must make sure similar incidents as that on Monday do not happen again. India must also not miscalculate the current situation, and not underestimate China’s determination to safeguard its sovereignty and territory.”

It was the first time since 1975 that China and India had engaged in a fatal military clash along their mutual border.

China claims territory in India’s northeast, while New Delhi accuses Beijing of occupying its territory in Aksai Chin plateau, including part of the Ladakh region which are part of Jammu and Kashmir region.