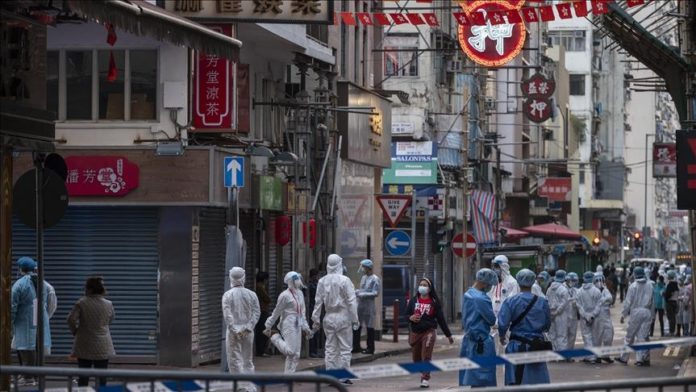 China on Thursday upped the ante, saying it will not follow the World Health Organization’s proposal to conduct a second phase of COVID-19 origin tracing.

The decision came after the WHO Friday proposed a second phase of studies into the origins of the coronavirus, including inspection of laboratories and markets in Wuhan, from where the first cases of the virus were reported in December 2019.

Zeng called the move as “arrogant” and a “disrespect for common sense” with its return to the “lab leak” theory, daily South China Morning Post reported.

He said: “I was very surprised because it places the hypothesis that ‘China’s breach of laboratory protocols caused the virus to leak’ as one of the research priorities’.”

The Chinese official argued that none of the staff or postgraduates at the Wuhan Institute of Virology – at the center of the lab leak claims – “had been infected with the coronavirus and the lab had not conducted any gain-of-function studies.”

Renewal of demand for a fresh probe came after push by Western states after the WHO-China joint international research team released its report in February following a visit to China for more than ten days in search of the virus origins.

Beijing said such efforts were to politicize the scientific work.

The team of international experts from the WHO and China told a news conference in February that there is insufficient evidence that the coronavirus had spread in Wuhan before December 2019.

Dr. Peter Ben Embarek, from the WHO team, had said the evidence also points to a natural reservoir of the virus, i.e., bat population.

“But since Wuhan is not (located) near the bat habitation, thus a direct jump of this virus to Wuhan is highly unlikely,” he said. “How the virus entered the market is yet to be known. Host is yet to be identified.”

China, however, said the WHO should “genuinely treat the COVID-19 origin-tracing work as a scientific issue, get rid of political interference.”

It called on the world health body to “actively and prudently promote the tracing work to be carried out continuously in multiple countries and regions around the globe.”

“What has been carried out in the first stage of origin tracing, especially those that have reached a clear conclusion, should not be repeated,” Zeng added.