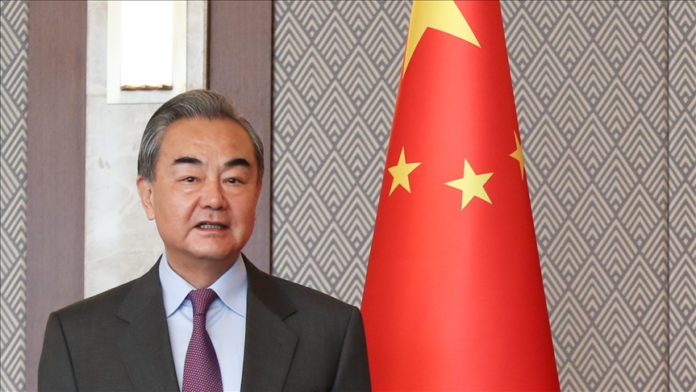 China on Thursday said it supports the idea that leaders of the Association of Southeast Asian Nations (ASEAN) hold a “special meeting as soon as possible to mediate” in Myanmar, which is witnessing mass demonstrations against the military coup launched last on Feb. 1

“Myanmar is a member of the ASEAN family, and a close neighbor to China. We all hope different forces in Myanmar can start a dialogue as soon … to solve divergence under the framework of the law and the constitution and promote hard-won democratization,” Wang told a news conference alongside visiting Malaysian Foreign Minister Hishammuddin Hussein in China’s eastern Nanping city.

China supports the leaders of ASEAN in this regard, Chinese daily Global Times quoted Wang Yi as having said.

Myanmar is part of the ASEAN, a regional group of 10 nations including Malaysia, in Southeast Asia that promotes economic, political, and security cooperation.

“We all believe the international community should create a good environment for Myanmar’s internal politics based on the principle of non-interference rather than meddling in Myanmar’s internal affairs by intervention,” Wang added.

At least 536 people have been killed in the crackdown against pro-civilian rule protesters by the junta forces since the Feb.1 military takeover in Myanmar, according to the latest figures by a rights watchdog on Thursday.

Tatmadaw – official name of Burmese military – soon after the coup announced a year-long state of emergency besides establishing its council to run the affairs of the Buddhist-majority country.

China has been accused of backing the Myanmar military junta. However, Beijing has rejected the claim.

“China was very disappointed at the military action in Myanmar but it cannot interfere. They [Chinese] had very good relations with the civilian authority and they were very happy that stability and economic prosperity was going forward there,” Einar Tangen, a Beijing-based political and policy analyst, told Anadolu Agency in a virtual interview.

He added China was “not happy about what had happened with the Rohingya” – the persecuted Muslim minority in Myanmar.

Einar said it is China’s policy not to interfere in internal affairs of sovereign countries. “But you could see it clearly, China is not happy,” he added.

He said despite all the “barrage of accusations” including about COVID-19, “all the money, is moving into China, investments are going up and up and people are buying Chinese bonds because of the stability in currency and it is a predictable government. The US is suffering in terms of the comparison.”