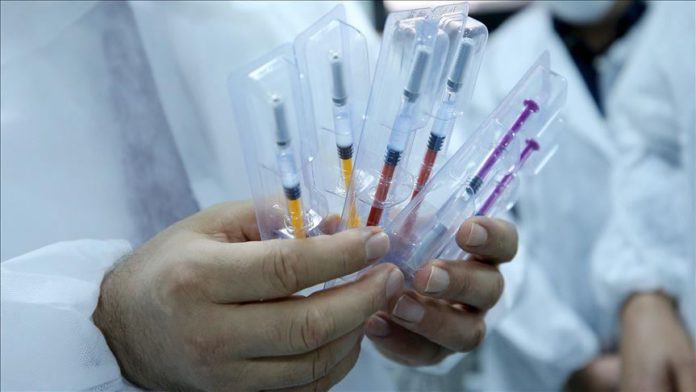 The cluster of 13 infections was traced to a CT scan room at the Qingdao Chest Hospital, state-run daily Global Times reported.

Authorities found the room was used for COVID-19 patients and other patients without proper disinfection, officials said.

While the hospital was designated for treatment of overseas COVID-19 patients, two infected individuals found to be at the source of the new cluster were workers at the Qingdao port.

The medical facility has been closed since last Sunday.

Mass nucleic testing in the city of over 11 million began on Monday and was completed by Friday.

Authorities set up more than 4,000 sample collection points that were staffed by more than 10,000 medical workers.

At least two officials have faced action over the COVID-19 cluster in Qingdao.

Deng Kai, the president of the hospital, was sacked from his position, while Sui Zhenhua, the director of the city’s municipal health commission, has been suspended.

The Qingdao cluster was particularly worrying for China as the country had declared victory against the pandemic just last month.

Since the first infections were reported in Wuhan city of Hubei province last December, China has reported 85,646 confirmed cases, including 4,634 deaths and 80,759 recoveries.

The country’s National Health Commission reported 24 more imported cases on Friday, raising the total number of such cases to 3,084.

One new asymptomatic case was also reported in Guangzhou city in the southern Guangdong province.

Authorities have placed 68 contacts of the case under quarantine and the individual is said to be related to a COVID-19 patient who recently returned from overseas.

UN health agency: 'Must learn to live with COVID-19'