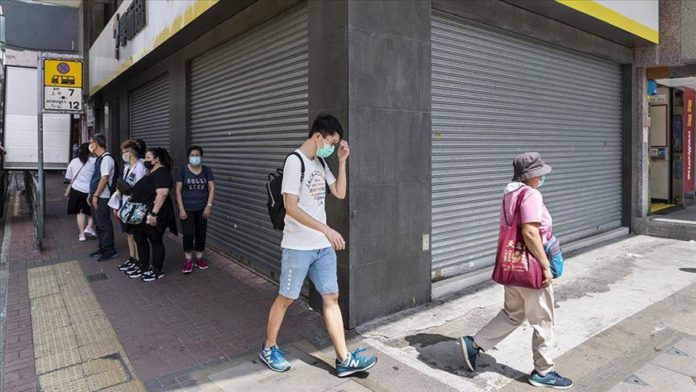 China has tested around 1.78 million citizens in Hong Kong to catch coronavirus infections.

The mass testing conducted by health workers from mainland China commenced on Sept. 1 amid a rise in local infections in the semi-autonomous region.

“Most of the specimens collected under the Universal Community Testing Program, nearly 1.72 million, had been tested by 8:00 pm [1200GMT] on Monday,” Hong Kong Special Administrative Region (HKSAR) government said in a statement to Xinhua News.

With a population of over 7.4 million, Hong Kong has reported 4,971 confirmed cases and 101 deaths so far.

Hong Kong has been undergoing the third round of outbreak starting early July, it said.

“The Hong Kong government will be responsible for sample collection, delivering samples, and the central government will provide testing personnel and lab services,” Chief Executive Carrie Lam had said before the mass testing began early this month.

“More than 570 members of the support team have completed their mission by working zealously days and nights at the temporary air-inflated laboratories,” the Hong Kong government said.

“Although the epidemic situation in Hong Kong has subsided, there are still asymptomatic COVID-19 patients in the community.”

The coronavirus pandemic has claimed more than 928,000 lives in 188 countries and regions since originating in China in December. The US, India and Brazil are currently the worst-hit countries.

Over 29.2 million COVID-19 cases have been reported worldwide, with recoveries exceeding 19.8 million, according to figures compiled by the US’ Johns Hopkins University.

NASA aims to land first woman on moon in 2024

US: 14 arrested after fire at Portland police building