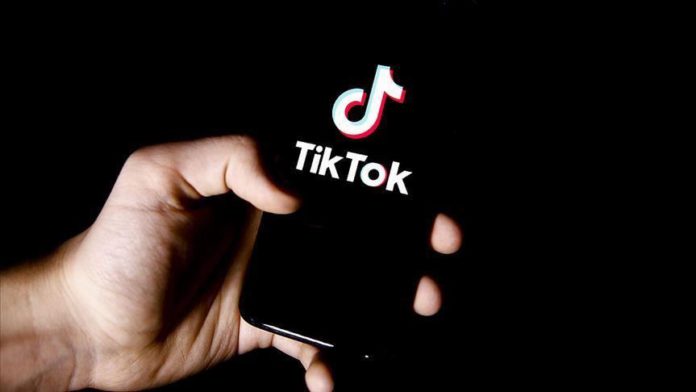 China Monday put its weight behind social media app TikTok’s move to mount a legal case against the US government.

Addressing a news conference in Beijing, Chinese Foreign Ministry spokesman Zhao Lijian said: “US politicians’ attempts to kill Chinese firms such as TikTok, WeChat, and Huawei by forcibly putting ideological labels on them under the guise of national security show they are full of lies and slander; their nature is to bully the market through deception.”

Zhao, however, said the Chinese government supports the companies’ “decisions to take up legal weapons in order to safeguard their legitimate rights and interests,” daily Global Times reported.

TikTok’s parent company ByteDance announced Sunday that it will file a lawsuit against the US government Tuesday “to protect its rights and interests.” It added that the company is beginning to prepare a shutdown of its business in the US.

The move comes after US President Donald Trump early this month signed two executive orders banning any transactions by US residents and companies with the TikTok and WeChat apps beginning Sept. 20.

“The spread in the United States of mobile applications developed and owned by companies in the People’s Republic of China continues to threaten the national security, foreign policy, and economy of the United States,” Trump’s orders said.

However, ByteDance asserted: “Over the past year, we have earnestly sought to communicate with the US government, and provided solutions regarding its concerns. But the US administration disregarded facts, disobeyed necessary legal procedures, and tried to insert itself into negotiations between private businesses.”

The US has voiced so-called “security concerns” over TikTok, and Trump has stressed that he does not want the social media app “to be under the control of China.”

Zhao said Beijing “will continue to take all necessary measures to resolutely safeguard the legitimate rights and interests of Chinese companies.”

Responding to Trump’s claims in an interview with Fox News that the “American economy could be decoupled from China,” Zhao said any attempt to do this would be “a short-sighted act similar to drinking poison to quench one’s thirst, and will eventually harm the interests of US firms and the people.”

“We don’t have to do business with China,” Trump claimed.

“China-US cooperation has benefited both sides since the establishment of diplomatic ties more than four decades ago. The two countries’ development is not mutually exclusive, but mutually beneficial,” China’s CGTN network quoted Zhao as saying.

“China and the US should also jointly shoulder responsibilities for the world,” Zhao added, as the two countries’ bilateral trade volume last year climbed to nearly $560 billion.