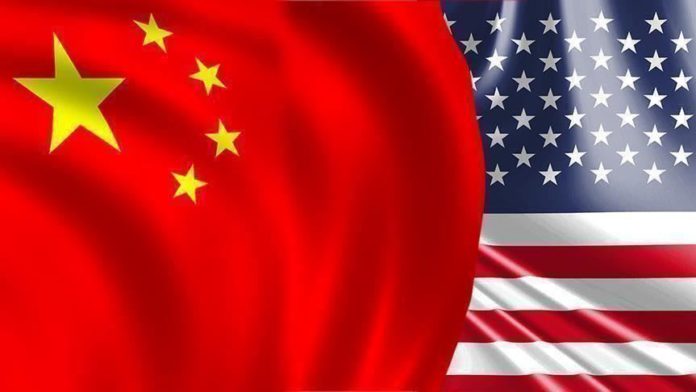 China on Tuesday criticized the US for its decision to designate four more Chinese media outlets as foreign missions.

Addressing a news conference in Beijing, Foreign Ministry Spokesman Lijian Zhao said the move was “another proof of the US’ political oppression on Chinese media” and “further exposes the hypocrisy of their [US] so-called freedom of press and speech.”

“We strongly urge the US to stop this Cold War mindset and ideological prejudice, and immediately stop and address this wrongdoing. Otherwise China has to make the necessary response.”

His comments came after the US accused four Chinese media organizations of being “beholden to the Chinese Communist Party.”

In a statement, State Department Spokeswoman Morgan Ortagus accused the ruling party of reorganizing China’s “state propaganda outlets disguised as news agencies,” saying the effort had escalated under President Xi Jinping and the government now has “even more direct control over them.”

“The decision to designate these entities is not based on any content produced by these entities, nor does it place any restrictions on what the designated entities may publish in the United States,” she said in a statement.

China Central Television, China News Service, the People’s Daily, and the Global Times are being added to the US’ list of foreign missions.

The Chinese Foreign Ministry official said Beijing and New Delhi were looking to “control and alleviate the situation through dialogue and consultation.”

He said Chinese and Indian commanders held their second meeting on June 22 — the first since the Galwan Valley clash last Monday.

“During the meeting, the two sides had candid and in-depth exchanges on taking necessary measures to cool down the situation,” Lijian said.

Apprehensions of a further downturn in ties between China and India have been running high since the death of 20 Indian soldiers in last week’s clashes along the Line of Actual Control, the two countries’ de facto border in the disputed Himalayan region.

Lijian also termed Indian media reports about the death of 40 Chinese soldiers in the clash as “fake news,” according to a report by the Global Times.

UK thanks Turkey for medical aid amid COVID-19 outbreak