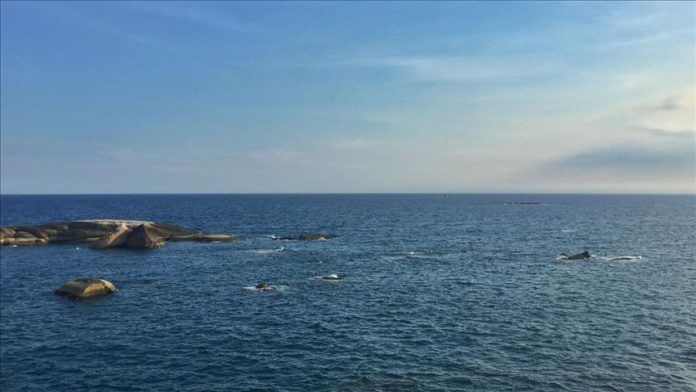 China has accused the US of “stirring up tension and inciting confrontation” in the South China Sea, and urged Washington to stop trying to “disrupt and sabotage regional peace and stability.”

The remarks came after the US declared China’s maritime claims in the South China Sea to be “completely unlawful.”

In a statement issued late on Monday, the Chinese Embassy in Washington rejected the US’ assertions as “completely unjustified,” saying Beijing’s position on the matter “has been consistent and clear-cut.”

It reiterated that the US was again interfering in a matter that was out of its purview.

“The United States is not a country directly involved in the disputes. However, it has kept interfering in the issue […] Under the pretext of preserving stability, it [US] is flexing muscles, stirring up tension and inciting confrontation in the region,” read the statement quoted by state-run Xinhua News Agency.

It urged the US stop “taking sides on the issue of territorial sovereignty” and “stop its attempts to disrupt and sabotage regional peace and stability.”

Earlier in the day, US Secretary of State Mike Pompeo announced a significant shift in Washington’s stance on China’s maritime disputes, saying Beijing’s “claims to offshore resources across most of the South China Sea are completely unlawful, as is its campaign of bullying to control them.”

“The world will not allow Beijing to treat the South China Sea as its maritime empire,” Pompeo said.

“We stand with the international community in defense of freedom of the seas and respect for sovereignty and reject any push to impose ‘might makes right’ in the South China Sea or the wider region.”

However, the Chinese Embassy statement asserted that the situation in the South China Sea has “remained peaceful and stable and is still improving.”

It reaffirmed Beijing’s willingness to engage in constructive dialogue to protect its “territorial sovereignty and maritime rights and interests.”

“[…] China has been committed to resolving disputes through negotiation and consultation with countries directly involved, managing differences through rules and mechanisms, and achieving win-win results through mutually beneficial cooperation,” read the statement.

“China and other littoral countries have maintained dialogue and communication through consultation mechanisms on maritime affairs, and worked to promote cooperation over the South China Sea.”

The Trump administration’s declaration has come at a time of heightened tensions between Washington and Beijing, which have soured dramatically amid the coronavirus pandemic.

The announcement marks a stern departure from the US’ prior policy that maritime disputes between China and its Southeast Asian neighbors be resolved through UN arbitration, taking no position on individual disputes.

Brunei, Indonesia, Malaysia, the Philippines, and Vietnam all have conflicting maritime border claims with China.

In addition to being among the world’s busiest shipping lanes, the South China Sea also holds vast gas and oil deposits.

China claims nearly all of the sea under what it calls a “nine-dash line” demarcation and has built several man-made islands with military installations in the waters to bolster its claims.

December 26, 2019
We use cookies to ensure that we give you the best experience on our website. If you continue to use this site we will assume that you are happy with it.Ok