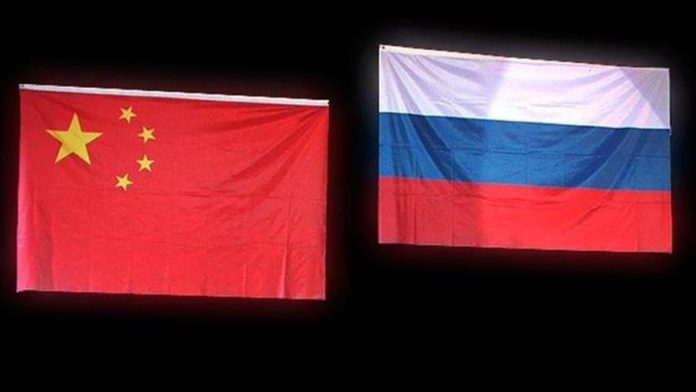 China and Russia on Tuesday vowed to cooperate against “unilateral” sanctions of Western countries and urged building stability on the UN charter.

Addressing a joint news conference in the northeastern Guilin city, Chinese Foreign Minister Wang Yi said: “China rejects unilateral sanctions as they are not based on international law.”

The statement came a day after the US, UK, and Canada in a joint statement expressed concern over the Chinese government’s “human rights violations and abuses” in its Xinjiang region against Uyghur Muslims.

Besides, the US, the UK, and the EU announced fresh sanctions against Chinese officials triggering a tit-for-tat response from Beijing.

Wang said China will focus on multilateralism. “All countries need to be open and transparent … join and engage in international governance,” he told the news conference streamed live.

Urging Western countries to “give up zero-sum mentality and stop interfering in internal affairs of other countries,” the Chinese foreign minister said Beijing will “safeguard international justice and fairness.”

“As a major country, China will show responsibility not hegemony for the greater good, to create more benefits,” he added. He termed the China-Russia bilateral relations as “stabilizer of the international community.”

“We would like to strengthen cooperation [with China] to cope with Western countries’ moves,” he said, terming the use of sanctions as a “violation of diplomatic norms.”

Lavrov arrived in China for a two-day visit on Monday, and the high-level exchange between China and Russia comes just two days after the China-US meeting in the US state of Alaska.

“US, EU countries put aside diplomatic relations, force others to side with them. These are rules they create,” he told the news conference.

Referring to the Central Asian region as “a vast room for cooperation” between Russia and China, Lavrov said the two countries would expand cooperation in financial systems.

“We have tried to expand our cooperation in trade to settle in our own currencies. … It is a requirement given by the time,” he said when asked about the efforts of the two countries to avoid the impact of sanctions.

“We are not satisfied with the landscape maintained by Western countries. … We firmly oppose the sanctions,” he added.

Lavrov said any attempt to alienate the China-Russia relations “will be in vain.”

On Twitter, China’s Foreign Ministry spokeswoman Hua Chunying questioned the roles of France, the UK, and the EU in Libya, saying: “[They] launched a war in Libya, leading to regional turbulence and grave migrant and refugee issues. Shouldn’t they be held accountable?” she asked.

“The US and UK used some test tube of washing powder and a staged video as evidence to launch wars against sovereign countries such as Iraq and Syria, leaving numerous death and displacement. Shouldn’t they be sanctioned?” Hua further questioned, adding that China is firmly determined to “defend national interests and dignity.”

In a joint statement, Russia and China also called for convening a summit of the UN Security Council permanent members.

Separately, Lavrov said sanctions are the main tool used in the international arena not just by the US, but by the entire West.

“It all started with [former US] President [Barack] Obama and lasted during [former US] President [Donald] Trump’s four years in office. We are witnessing the same ‘instincts’ in the new US administration [of President Joe Biden]. Nothing good will ever come of sanctions which we can see in the case of the EU which followed the same path and imposed sanctions on Russia under a far-fetched pretext, accusing us of things that have never been proved. Not a single piece of evidence has ever been provided, either,” the Russian foreign minister said.

He noted that European businesses “are disgruntled with their losses at a time when other countries are taking their niches in the Russian market.”

“These countries are thinking about their national and economic interests. They have a desire to support their businesses rather than punish someone for something. Punishing anyone in the modern international arena is, by and large, a faulty approach, and using it in relations with Russia or China is plainly imprudent,” he added.​​​​​​​

*Elena Teslova in Moscow contributed to this report