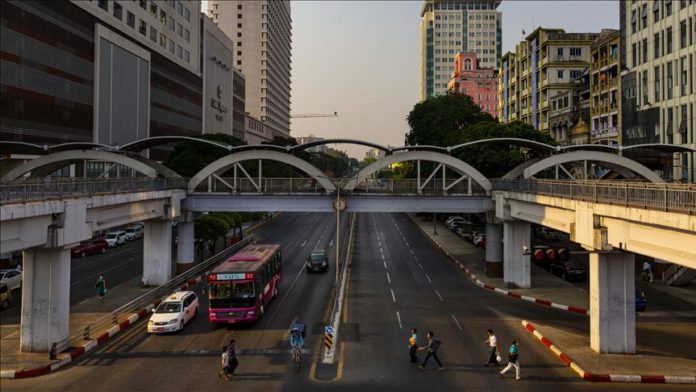 China said Monday it has resumed work on bilateral projects with Myanmar as the two nations move past the novel coronavirus pandemic.

China had closed its borders with Myanmar in April amid the coronavirus pandemic. The closure was scheduled to last for two months until June 24.

“Personnel at critical posts at oil and gas, electricity and infrastructure projects have already traveled both ways and resumed work,” Lijian said.

The coronavirus was first detected in China’s Wuhan city last December, from where it spread to at least 188 countries and regions and has affected more than 7.96 million people worldwide.

Over 3.8 million people have recovered so far, according to figures compiled by US-based Johns Hopkins University.

The pandemic has so far claimed more than 434,000 lives. The US, Brazil, Russia and India are currently the worst-hit countries.

Referring to a two-page report by the Canadian Security Intelligence Service (CSIS), Lijian said: “It fully reveals the political intention of the US to deliberately oppress Chinese high-tech companies like Huawei, and Canada is acting as an accomplice.”

Meng’s lawyers have termed the report “troubling,” saying it bolsters the fact that she is a “victim of an abuse of process.”

Meng is wanted on fraud charges by the US and has been jailed in Canada since December 2018. However, she and Huawei have rejected the allegations and say the extradition request by Washington should be withdrawn.

The heavily redacted CSIS report, part of newly released federal court documents, had predicted her detention in December 2018 would “send shockwaves around the world” and provides evidence of “coordinated state misconduct” between the US and Canada against her, the lawyers have said.