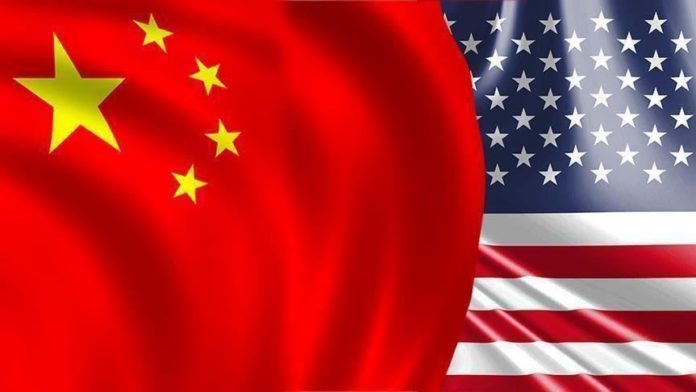 China is expanding its nuclear arsenal, while the US is engaging with Russia in disarmament discussions, Washington’s envoy at the Conference on Disarmament at the UN said Thursday.

Robert Wood said that while the Conference on Disarmament is essentially “on hiatus” due to the COVID-19 pandemic, “the disarmament discourse has not lost its relevance.”

“In fact, US-Russia discussions in this area have continued and are ongoing,” said Wood.

He said Marshall Billingslea, a US special presidential envoy for Arms Control, and Russian Deputy Foreign Minister Sergey Ryabkov “had productive discussions in June” on the future of arms control.

They “mutually agreed upon topics related to the future of arms control,” and a space security exchange was organized on July 27, where experts on space policy and operational experience engaged with Russian counterparts in the first bilateral space dialogue in seven years.

Wood, however, said the US had invited China to join “trilateral arms control and risk reduction discussions” involving Russia.

“To date, China has flatly rejected any invitation from the United States to provide more clarity and transparency into their nuclear doctrine and related nuclear activities.

“In fact, China continues to pursue an expansion of its nuclear arsenal, which will heighten nuclear tensions rather than diminish them and threatens to stimulate a new, unnecessary, and destabilizing arms race among the three largest nuclear powers on earth,” said Wood.

Meanwhile, China’s Ambassador for Disarmament Affairs Li Song said: “I’ll have to put on record my rejection and opposition in the strongest terms possible to the vilification and accusation content in the US ambassador’s speech.

“China has always been a big champion and practitioner of upholding existing international systems and will firmly pursue the role of peaceful development and will never seek hegemony and expansion. It will remain a reliable force for peace in the world.”

He said that China would like to reach an agreement with the US and “to reach consensus on the launching of this dialogue with the US.”

Earlier at the opening of the Conference on Disarmament, the Director-General of the UN in Geneva, Tatiana Valovaya, said that 2020 is a year of significant anniversaries for disarmament.

“The UN is celebrating the 75th anniversary of the founding of the United Nations, the symbol of multilateralism, and cooperation that emerged from the ashes of the Second World War,” she said.

She also noted the marking of the 75th anniversary of the atomic bombings of Hiroshima and Nagasaki, “which brought sorrow and devastation to hundreds of thousands of people for generations.”

She quoted the UN secretary-general as saying at the Nagasaki Peace Memorial: “The international community must return to the understanding that a nuclear war cannot be won and must never be fought.

“There is an urgent need to stop the erosion of the nuclear order. All countries possessing nuclear weapons, have an obligation to lead.”

The UN General Assembly recognizes the Conference on Disarmament as the multilateral disarmament negotiating forum of the international community.