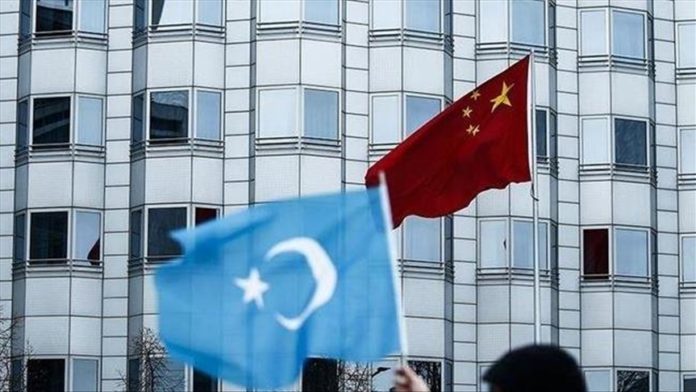 China on Tuesday refuted concerns raised by the UN Working Group on Business and Human Rights over the alleged detention and forced labor of Uyghurs.

In a statement, Liu Yuyin, the spokesman for the Chinese Mission to the UN in Geneva, accused the UN-constituted body of publishing “maliciously distorted facts” and said it spread “lies” of “forced labor” against China “out of bias and political purposes.”

“China firmly opposes and categorically rejects the accusations,” asserted Liu, who said the UN group was attempting to “to stigmatize China.”

“China is a socialist country in which the 56 ethnic groups, as equal members of the big family of the Chinese nation, are closely united like the pomegranate seeds.”

On Monday, a group of experts appointed by the UN Human Rights Council (HRC) said they had received information that connected over 150 domestic Chinese and foreign domiciled companies to severe allegations of human rights abuses against Muslim Uyghur workers.

“We are deeply concerned by these allegations which, if proven, would constitute grave human rights abuses,” the UN Working Group on Business and Human Rights said in a statement.

The group is one of eight UN independent human rights mandates to raise concerns over China’s Uyghur minority members’ treatment.

“We stand ready to strengthen our dialogue with the Government of China at the earliest opportunity and welcome the Government’s prompt response to these allegations as well as its willingness to continue the constructive engagement with us,” it said.

The group also urged China to allow fact-finding missions an unhindered access to the country, including in Xinjiang region where most Uyghurs live.

Citing “sources,” they said Uyghur workers have reportedly been subjected to exploitative working and abusive living conditions that may constitute arbitrary detention, human trafficking, and forced labor and enslavement.

However, Liu said: “People of all ethnic groups, including the Uygurs, fully enjoy the rights and freedoms of choosing their jobs freely and working on an equal footing.”​​​​​​​