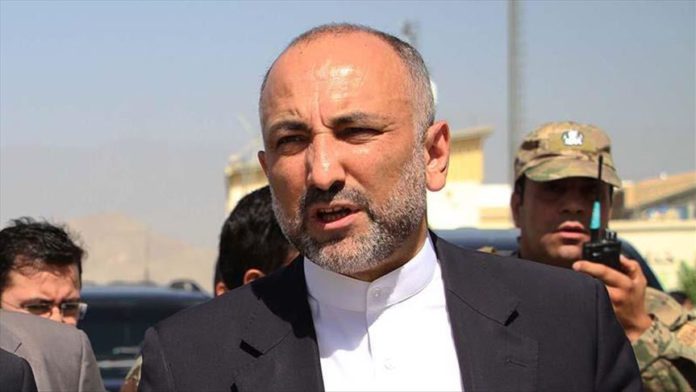 China has conveyed its support for the Afghan peace process, exchange of Taliban and government prisoners, and enforcement of a humanitarian cease-fire, Afghanistan’s Foreign Ministry said on Tuesday.

It said the Chinese envoy reiterated Beijing’s commitment to “supporting the peace process, support for exchange of prisoners, [and] strengthening regional consensus on peace.”

A separate Foreign Ministry statement said Kabul has taken note of Pakistan’s pledge “to implement UN Security Council Resolutions regarding travel restrictions, arms embargoes and the freezing of financial assets of the individuals and groups affiliated with the Taliban.”

The Afghan government again urged the Taliban “to start peace talks as soon as possible and not to expose themselves to international sanctions by stopping the bloodshed and full commitment to a dignified and lasting peace.”

At least one soldier died and 14 civilians were injured in a suicide car bombing in Afghanistan’s northern Balkh province on Tuesday.

The Defense Ministry said in a statement that casualties are likely to rise over the course of the day. The Taliban claimed responsibility for the attack, saying the target was an Afghan military base.

In a separate statement, the Interior Ministry said at least 88 civilians have been killed and 133 injured in Taliban attacks over the past two weeks.

The government and the Taliban continue to trade barbs, both physical and verbal, as peace negotiations have stalled due to differences over the exchange of prisoners agreed under the US-Taliban deal in February.

According to figures compiled by the Afghanistan Independent Human Rights Commission, at least 1,213 civilians were killed and another 1,744 injured in 880 security incidents such as landmine blasts, aerial raids, and ground offensives in the first six months of 2020.

More than 700 measles cases reported in Dem. Rep. of Congo