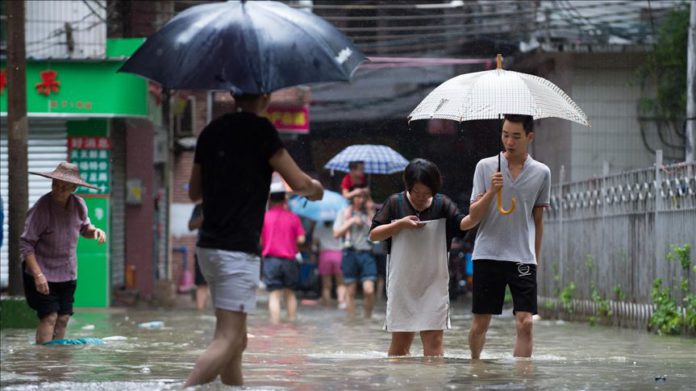 Hence, authorities have closed parks, including the Summer Palace, Tiantan (Temple of Heaven) Park, and Beijing Zoo. The expected tourists who booked tickets are being given refunds.

The bureau added that operations of almost all landscaping projects have been suspended, and workers shifted to safer places before the rainstorm hits the capital.

Meteorological authorities have issued a yellow – third level in the color-coded warning system – alert for rainstorms, which are expected to lash the region until Thursday.

Incessant rains since June have raised water levels in many rivers in China, triggering floods and landslides.

The government had deployed thousands of soldiers to rescue the deluged residents in the eastern region. Eastern and southeastern provinces of Jiangsu, Anhui and Jiangxi witnessed heavy floods that inundated residential areas.

Meanwhile, the National Health Commission said in a statement that the country reported 25 new coronavirus infections, 16 of which were imported cases.

Since first being detected in Wuhan city of Hubei province last December, China has confirmed 84,737 virus cases, including 4,634 deaths.