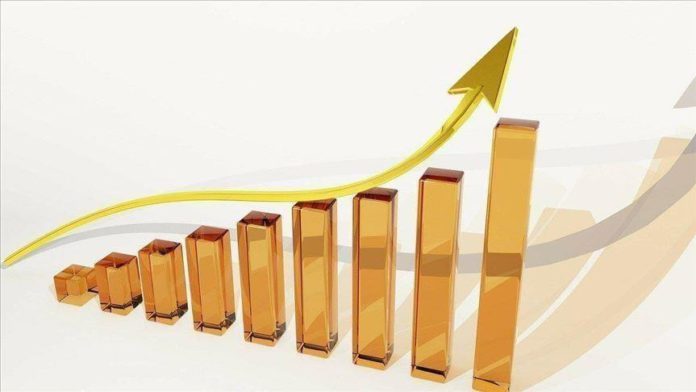 The Bank of China (BoC) has projected a faster recovery in the global economy in the second half of this year as countries steadily move out of the COVID-19 era, owing to a vibrant vaccination campaign.

In a 50-page report released early this month, the BoC stated that the global economy is “likely to recover at a faster pace in the second half of this year,” Chinese public broadcaster CGTN reported on Monday.

The BoC data outlook forecast 5.8% global growth in the third quarter of the 2021.

“In the first half of 2021, production activities globally have gradually reached the pre-pandemic level. Consumption has also recovered and is accelerating, easing the imbalance between supply and demand,” the BoC report said.

“The global economic recovery is likely to speed up in the second half of 2021. Still, regionally it will be an uneven process due to stronger policy support and faster vaccination in developed economies,” it added.

The COVID-19 pandemic has triggered unprecedented losses to the global economy as governments across the world closed borders to stem the spread of the deadly infection.

Economies were closed as industries stopped working, resulting in massive job losses. Respective governments jumped in to inject capital into the markets to keep the economies running.

In a research released earlier this year, the UN’s International Labor Organization (ILO) reported that 8.8% of global working hours “were lost in 2020, compared to the fourth quarter of 2019.”

According to the ILO, this equates to 255 million full-time employment, which is “approximately four times greater than the number lost during 2009 global financial crisis.”

“This has been the most severe crisis for the world of work since the Great Depression of the 1930s,” ILO Chief Guy Ryder had told reporters in January.

Kristalina Georgieva, managing director of the International Monetary Fund (IMF) said early this month: “The world is facing a worsening two-track recovery, driven by dramatic differences in vaccine availability, infection rates, and the ability to provide policy support. It is a critical moment that calls for urgent action by the G20 and policymakers across the globe.”

She, however, said the global recovery was “progressing broadly in line with the IMF’s April projections of 6% growth this year.”

“After a crisis like no other, we are seeing in some countries a recovery like no other, propelled by a combination of strong fiscal and monetary policy support and rapid vaccinations,” Georgieva said.