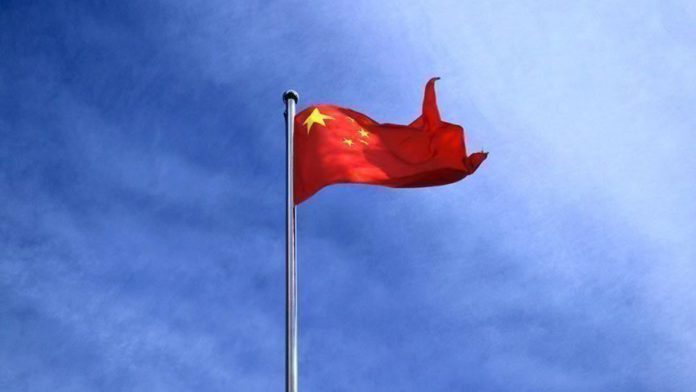 As the United Nations marks 75 years of its founding, China on Thursday slammed “blame game” by some countries.

In what it termed its “position paper” on the UN’s 75th anniversary, China said: “The COVID-19 pandemic is compounding the once-in-a-century transformations unfolding in our world. We are entering a period of turbulence and change, and witnessing the rise of protectionism, unilateralism and bullying practices.”

“Certain countries and political forces keep playing the blame game, clamoring for ‘decoupling’, and pulling out of international organizations and agreements,” said the Chinese policy statement, referring to the US which has pulled out of World Health Organization (WHO) and also called for “decoupling of its economy” from China.

China and the US bilateral trade climbed to $560 billion last year while the bilateral relations have reached bottom low after US President Donald Trump’s attempts to balance the trade.

The two sides locked horns over Hong Kong and the rights of ethnic Uighurs while Washington targeted Chinese companies with sanctions.

“What they are doing is sabotaging international cooperation, stoking confrontation between ideologies and social systems, and putting the world in serious jeopardy,” China said without naming the US.

Beijing has also faced backlash after COVID-19 was first reported in Wuhan in China last December. Trump has led a campaign along with Australia and other allies slamming China and seeking probe into the origin of the deadly infection.

China said “such actions of sabotage and confrontation” notwithstanding, “peace and development remain the theme of our times”.

Calling for a “new and better blueprint” for the sake of succeeding generations, China said: “All countries need to look beyond the pandemic and find answers to major questions such as what the world will look like and what kind of UN the world needs.”

China said all countries should jointly “uphold the outcome of world anti-fascist war and oppose any attempt to turn back the clock of history”.

“We must reject unilateralism, hegemonism and power politics,” said China, calling for multilateralism and safeguarding the purposes and principles of the UN Charter.

“All countries are equal, irrespective of their size, strength or wealth. We need to respect other countries’ independent choice of social system and development path, oppose interference in internal affairs, and promote a new type of international relations featuring mutual respect, fairness, justice and win-win cooperation,” it added.

“We should strengthen international cooperation on poverty reduction and prioritize this endeavor in implementing the 2030 Agenda so as to eradicate extreme poverty as early as possible,” it said, calling for World Trade Organization-centered and rules-based multilateral trading regime.

In view of the weaknesses and deficiencies exposed by COVID-19, China maintained there was a need to improve the governance system for public health security.

“We need to respond more quickly to public health emergencies and establish global and regional reserve centers of anti-epidemic supplies. We need to increase policy dialogue and exchange,” it added.

“We call for debt suspension over a longer time-frame. We need to bolster support for the hardest-hit countries under the greatest debt strain, and encourage international financial institutions and private creditors to take concrete actions to help this effort,” Beijing said.

China said the Palestinian issue is at “the heart of the Middle East issue”, expressing support to an independent Palestinian state that enjoys full sovereignty on the basis of the 1967 borders and with East Jerusalem as its capital.

“We support Palestine’s greater participation in international affairs as a state. We also support Palestine’s legitimate demands and all efforts that are conducive to the settlement of the Palestinian issue,” the statement said, adding the two-state solution is the right way forward.

“Dialogue and negotiation between Palestine and Israel as equal parties should be advanced on the basis of relevant UN resolutions, the ‘land for peace’ principle and the Arab Peace Initiative, among other international consensus and norms. More efforts are needed from the international community to promote peace in an objective and impartial manner,” it added.

Beijing also supported the global cease-fire appeal by UN Secretary-General Antonio Guterres. It called for cease-fire and cessation of violence by all relevant parties as soon as possible.

“The Security Council needs to act as the international collective security mechanism, assume primary responsibility for maintaining international peace and security, and work for the political settlement of regional issues,” it said.

“China strongly opposes any unfounded threat or use of force, unilateral sanctions and long-arm jurisdiction. No enforcement action shall be taken without Security Council authorization.”

China said the Joint Comprehensive Plan of Action (JCPOA), endorsed by the UN Security Council, is an important outcome of multilateral diplomacy and a key element of the global non-proliferation architecture.

“Upholding the JCPOA is conducive to safeguarding multilateralism, the international system underpinned by international law, and peace and stability in the Middle East,” it said.

On Afghanistan, Beijing called for talks and a political settlement.

“We encourage and support broad-based and inclusive dialogue and talks among relevant parties in Afghanistan […] The withdrawal of foreign troops should be conducted in an orderly and responsible manner.”

OPINION – Joe Biden needs to walk the democracy walk in...