TurkishPress
Home News China poses 'more damaging' threat to US than ever before, says FBI 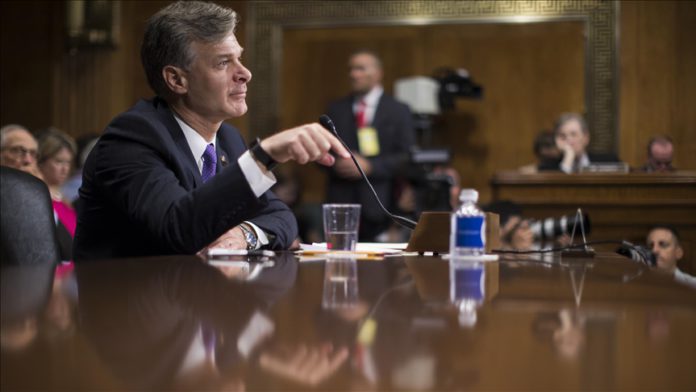 WASHINGTON (AA) – FBI Director Christopher Wray warned that the threat from China is “more brazen” and “more damaging” than ever.

Speaking Monday at the Ronald Reagan Presidential Library, Wray said he has spoken “a lot about this threat” since he became the head of the FBI.

“Because in many ways it’s reached a new level — more brazen, more damaging than ever before, and it’s vital, vital, that all of us focus on that threat together,” said Wray.

He accused the Chinese government of trying to steal information and technology, saying there is not any other country that poses a “broader threat” to the US’ innovation and economic security.

“The Chinese government steals staggering volumes of information and causes deep, job-destroying damage across a wide range of industries,” he said.

The FBI chief excluded the Chinese people and Chinese-Americans, who he said are themselves frequently victims of the Chinese government’s “lawless aggression.”

“Protecting them from the Chinese government is top of mind for us,” he added.