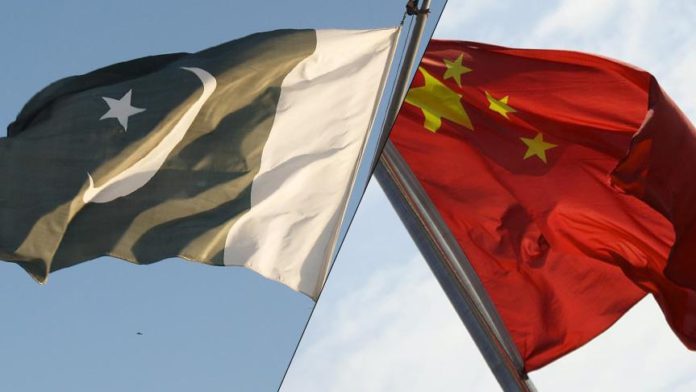 China and Pakistan have reaffirmed their support for each other’s “core interests and major concerns,” while vowing to further enhance economic and defense cooperation.

Pakistan’s new Foreign Minister Bilawal Bhutto Zardari visited China at his counterpart Wang Yi’s invitation for “discussions on the entire gamut of bilateral relations as well as regional and international issues of shared interest,” according to a joint statement issued on Sunday.

The two-day trip coincided with the 71st anniversary of the establishment of diplomatic ties between Beijing and Islamabad.

Wang and Zardari agreed that the “importance of China-Pakistan strategic relations has assumed even greater significance” due to recent “profound regional and international changes.”

On the Russia-Ukraine war, they said it was important to remain alert to the “negative spillovers” of the crisis, while reaffirming the need for the “parties involved in the conflict to resolve differences and disputes through diplomacy and dialogue.”

Bhutto Zardari briefed the Chinese side about the latest developments in Indian-administered Jammu and Kashmir.

Kashmir is held by India and Pakistan in parts and claimed by both in full. A small sliver of the region is also held by China.

Reiterating that a peaceful and prosperous South Asia is in the common interest of all parties, the two sides underlined the “importance of the peaceful resolution of the (Kashmir) dispute based on the UN Charter, relevant Security Council resolutions and bilateral agreements,” according to the statement.

On Afghanistan, the two sides agreed that peace and stability in the war-ravaged country is vital for regional development and prosperity.

They called upon the interim Afghan government to “develop a broad-based and inclusive political structure, adopt moderate and sound internal and external policies, and protect the rights of women and children and ensure that the Afghan soil is not used against any of its neighbors.”

Both sides also urged the international community to help avert a looming humanitarian crisis and honor its pledge to ensure Afghanistan’s economic reconstruction and development.

Pakistan and China “support the continued contribution of the mechanism of coordination and cooperation among Afghanistan’s neighboring countries and expressed readiness to work with all parties to cooperate with Kabul and provide all possible support for the reconstruction and development of the conflict-torn country,” the statement added.

They also reiterated their willingness to extend the multibillion-dollar China-Pakistan Economic Corridor (CPEC) project to Afghanistan “in consultation with the Afghan interim government and to the mutual benefit of all parties.”

The $64 billion CPEC, launched in 2015, aims to connect China’s strategically important northwestern Xinjiang province to the Gwadar port in southern Pakistan, through a network of roads, railways and pipelines to transport cargo, oil and gas.

Wang and Zardari expressed their “firm resolve to synergizing development strategies, pushing forward all CPEC projects … promoting cooperation in areas such as economy and trade, investment, industry, agriculture, health, and science and technology,” the statement said.

They pledged to diversify trade ties, deepen cooperation in export-oriented sectors and integrate value chains of the two countries.

The two top diplomats also noted the “growing momentum” of bilateral defense cooperation and exchanges, terming China-Pakistan defense ties “a factor of peace and stability in the region.”

Terming terrorism a “common enemy of humanity,” the two sides vehemently condemned the late April bombing in the southern port city of Karachi that killed three Chinese scholars and their Pakistani driver.

Pakistan, for its part, reiterated that it will “hunt down the culprits and bring them to justice,” while also briefing the Chinese side on efforts to bolster safety of all Chinese nationals, projects and institutions in the country.

Vowing to enhance counterterrorism and security cooperation, the two sides called on all regional nations and the global community to “form synergy and fight terrorism in all its forms and manifestations.”