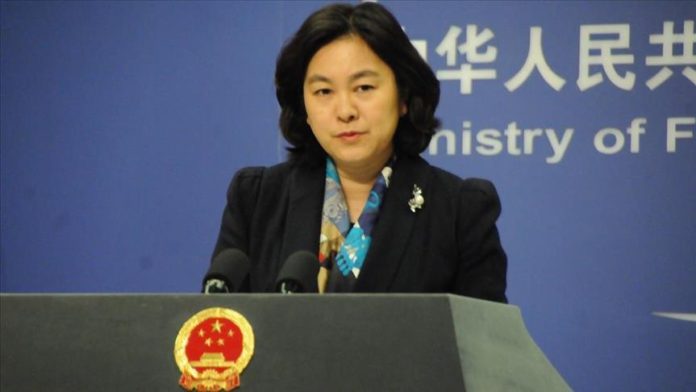 China on Wednesday opposed political and military dialogue between the US and Taiwan.

“China is firmly opposed to and strongly condemns the so-called political-military dialogue between the US and the island of Taiwan,” China’s Foreign Ministry spokeswoman Hua Chunying told a news conference in Beijing.

On Tuesday, the US State Department had announced to hold a videoconference with Taiwan to “discuss regional developments, Taiwan-US military cooperation, and arms sales” on Wednesday.

“China will make necessary responses in light of the situation’s development and resolutely safeguard its national sovereignty,” Hua said.

With the US expressing open support to Taiwan and selling high-tech weaponry to Taipei, China has increased its military operations in the region.

In the recent past, the US administration has increased bilateral engagements with Taiwan and has also sold defense equipment worth billions of dollars in 2019 alone.​​​​​​​