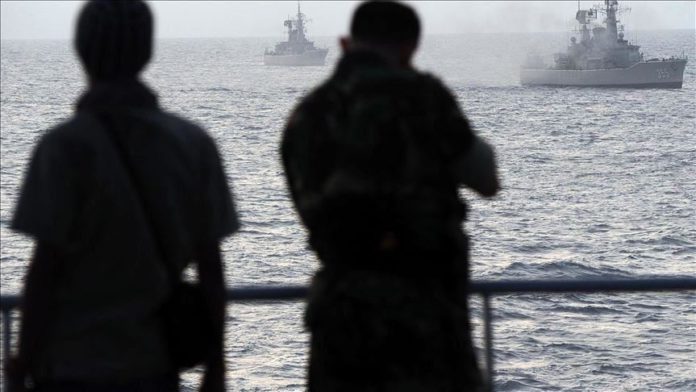 China’s Defense Ministry spokesman Wu Qian said: “The Chinese military will not dance to the tune of the US, nor will it allow its reckless behavior.”

The statement comes amid increased military drills separately conducted by China, the US, and their allies in South China Sea.

Beijing also lodged “stern representations” after a US spy plane was detected flying over a no-fly zone set up by PLA in the Bohai Sea. Beijing complained Tuesday that the US sent its U-2 spy plane into the so-called “no-fly zone without permission” when the People’s Liberation Army is holding a live-fire naval drill in the Bohai Sea off its north coast.

“China opposes and doesn’t fear the US’ increased provocations and pressure on China,” said Wu, according to daily Global Times.

The spokesman said the Chinese military recently conducted exercises in the sea and air spaces off southeast Qingdao and west Lüshun, around Nansha Islands and the Xisha Islands, according to its annual schedule. “The drills are not aimed at any country,” Wu added.

According to South China Morning Post daily, the Chinese army launched two missiles including an “aircraft-carrier killer” apparently as a warning signal to the US forces in the South China Sea Wednesday morning.

The Chinese have been holding military drills around the Paracel Islands since Aug. 24, which are set to end on Saturday.

Responding to the US sanctions on certain Chinese state-owned enterprises and executives for “malign activities” in the South China Sea, China termed them “hegemonic and power politics”.

“China will take measures to safeguard the legitimate rights and interests of Chinese companies,” Lijian added.

State Secretary Mike Pompeo said Wednesday: “Today, the Department of State will begin imposing visa restrictions on People’s Republic of China [PRC] individuals responsible for, or complicit in, either the large-scale reclamation, construction, or militarization of disputed outposts in the South China Sea, or the PRC’s use of coercion against Southeast Asian claimants to inhibit their access to offshore resources.”

He added the individuals are now designated as inadmissible in the US and it may affect their immediate family members.