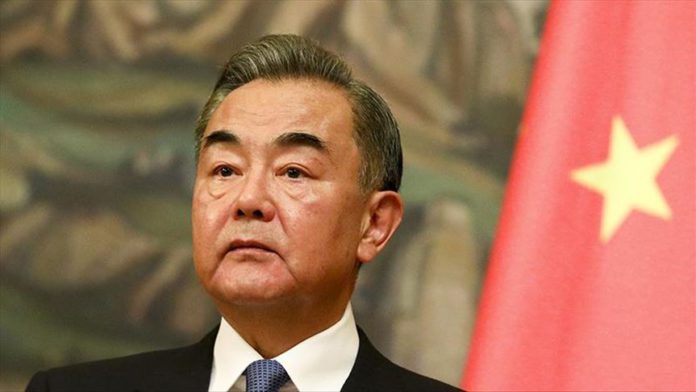 China and Mongolia are permanent neighbors and should “refrain from interfering” in each other’s internal affairs, said a statement by Beijing after the country’s foreign minister paid a visit to the Mongolian capital Ulan Bator.

“Both sides should continue to strengthen political mutual trust, consolidate the political foundation of bilateral relations, in particular respect each other’s national sovereignty and territorial integrity, and refrain from interfering in each other’s internal affairs,” said the statement.

“This is not only a political commitment when the two countries established diplomatic relations, but also a basic norm of international relations. Therefore, it should become an ‘anchor’ for the healthy and stable development of bilateral relations,” Beijing said.

The visit came after China changed the language of education from Mongolian to Mandarin Chinese in Inner Mongolia, with a particular reference to three subjects, Mongolian language and literature, moral and legal education, and history.

The change applies to students from the first grade of primary school.

According to daily South China Morning Post, dozens of protestors in traditional Mongolian garb held demonstrations in Ulan Bator’s main square calling for the protection of their mother tongue.

Speaking to Anadolu Agency from Taiwan, academic Chien-Yu Shih said: “This language policy change has to do with the introduction of the so-called Second Generation Ethnic policy [of China], which can be traced back to probably 15 years ago and was an intellectual debate on the strategy to successfully develop a single Chinese identity, instead of having so many divergent ethnic minority identities.”

Chien-Yu was, until recently, teaching in Hong Kong and returned to Taiwan after China imposed national security law. He now serves as an adjunct professor of international relations at the National Tsinghua University, Taiwan.