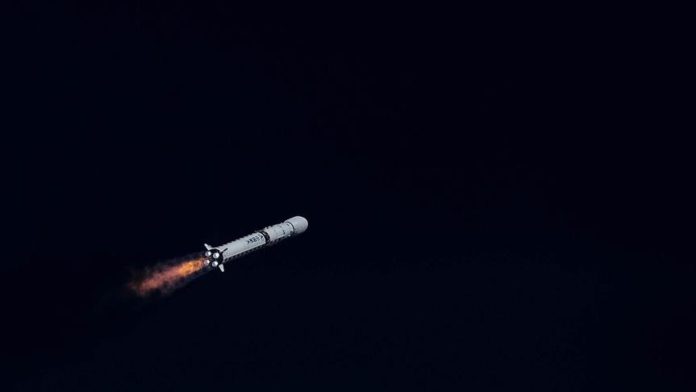 China’s space program on Friday made a resounding comeback after launching its new generation rocket into orbit.

The new generation medium-sized carrier rocket, Long March-7A, was sent to space in the pre-dawn launch of a technology verification satellite from the Wenchang Space Launch Center in southern Hainan province.
The 573 metric tons rocket, 60.1 meters long, can carry a payload weighing from 5.5 to 7 tons.

On March 16 last year, the same rocket failed to take off on its maiden flight, the Chinese daily Global Times reported.

“The successful launch of the Long March 7A has further enriched the spectrum of the Long March rocket series, upgrading China’s medium-sized carrier rockets. It will also drive the development of large and medium-sized satellites,” Meng Gang, chief designer of the rocket, said.
Failure was caused by “loss of pressure,” the daily reported.

The rocket uses clean energy for its operations, said its developer, China Academy of Launch Vehicle Technology (CALT). It will be used to monitor the space environment and to test other advanced technologies.

“The new generation rocket has not only enlarged the payload from 5.5 to 7 tons but also has a greener and environmentally friendly propellant of liquid oxygen kerosene,” Ma Zhonghui, vice chief designer of the rocket, told Global Times.

After months of rework, Chinese scientists finally rolled out the rocket that passed the final test on Dec. 30, and the rocket parts were transported to the launch center in a specially designed Yuanwang-22 cargo vessel in mid-January.

China also plans to use the rocket to send high-orbit satellites, including the Beidou Navigation Satellite System and other telecommunication systems, it said.

China mulls to launch its space station later this year, with more than 40 launches planned in 2021.