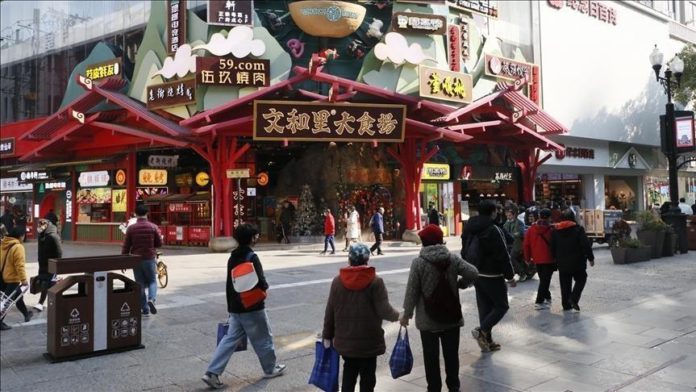 Authorities in China on Monday lifted a monthlong lockdown in the northern city of Xi’an as daily infections fell to zero, but ramped up testing and measures in the capital Beijing due to fears of a growing outbreak.

Xi’an, capital of the northwestern Shaanxi province, was placed under a strict lockdown on Dec. 23, 2021 after cases piled up in the city of some 13 million.

All parts of the city have been downgraded to low-risk areas and lockdown measures were gradually lifted “to ensure the resumption of normal life,” the Chinese daily Global Times reported.

A total of 57 new virus cases were recorded throughout China over the past day, including 39 imported infections, according to the National Health Commission’s daily update. The country’s overall COVID-19 count now stands at 105,660, including 4,636 deaths.

Beijing, which is set to host the Winter Olympics starting next week, recorded six cases of local transmission, pushing up its tally in the past 10 days to 55.

There are now two medium-risk and one high-risk region in Beijing, all in Fengtai district, Global Times reported.

Mass nucleic acid testing kicked off at more than 1,000 testing spots in Fengtai on Sunday, making it the first administrative region to conduct mass testing during Beijing’s current outbreak, the report said.

Other districts in Beijing, including Chaoyang, Xicheng, and Dongcheng, where only one or no infections have been detected, have also started mass testing in some areas, it added.

There were also reports of the first cases among the Olympics organizing body on Monday, but officials are yet to comment on the matter.