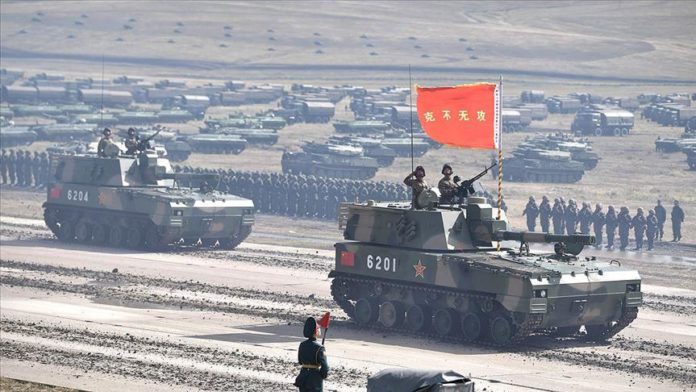 At a news conference in Beijing, ministry spokesperson Zhao Lijian said China had deposited its instrument of accession and completed “all legal procedures to join this treaty,” daily Global Times reported.

“The treaty will become effective for China after 90 days,” he said.

In a statement, the Chinese diplomat said Beijing “attaches high importance to the problems caused by illicit transfer and abuse of conventional arms.”

“China supports the purposes and goals of the treaty and agrees on taking necessary measures to regulate international arms trade and combat illicit arms transfer,” he said in the statement quoted by the state-run Xinhua News Agency.

China has become the 107th country to join the treaty, which was approved by the UN in April 2013 and came into force in December 2014.

The US is not a party to the treaty, having backtracked after initially signing the pact in 2013.

Ambassador Zhang highlighted Washington’s status in his statement, without explicitly naming the US

“[A] Certain country has quit multilateral arms control agreements and international treaties and organizations in succession, walked away from international commitments, and launched acts of unilateralism and bullying,” he said.

“This has brought huge uncertainties to the global strategic balance and stability, and seriously undermined the joint efforts of all countries to tackle global challenges.”

He urged all major powers to “set an example by contributing to safeguarding the international order, the rule of law, the role of the UN and multilateralism.”

China’s Foreign Ministry has said that foreigners who abide by the country’s laws have no need to worry about their safety and rights.

“Foreigners in China need not worry about their safety and legitimate rights as long as they obey the law,” spokesperson Zhao Lijian said at Tuesday’s news conference.

His comments came in response to Australia’s latest travel advisory, which said its citizens could be “at risk of arbitrary detention” in China.

“Authorities have detained foreigners because they’re ‘endangering national security’. Australians may also be at risk of arbitrary detention,” read an updated advisory issued by Australia’s Department of Foreign Affairs on Tuesday.

This comes amid heightened tensions between the two countries after Canberra, angering Beijing, joined its western allies in seeking a probe into the origins of COVID-19.

China’s envoy to Australia has hinted that Beijing may go for trade restrictions against Canberra.

Beijing has also accused Australia of waging an espionage offensive against China.

After a report on Australian intelligence activities by the state-run Global Times last month, Zhao said the country had “crossed the bottom line, and owes the Chinese people and the world an explanation.”

Chinese military planes to deliver 33 tons of relief supplies to...