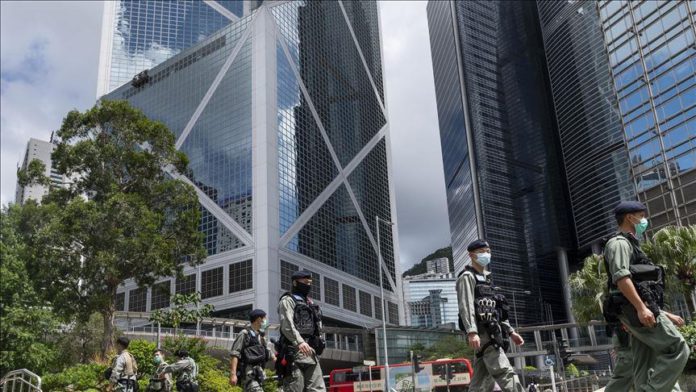 A court in China on Wednesday sentenced 10 Hong Kong citizens it described as fugitives for up to three years in jail for organizing and attempting to cross the border illegally.

They were held at sea in August by mainland Chinese authorities while trying to flee to Taiwan, according to the South China Morning Post newspaper.

The trial was held at the Yantian People’s Court in the southeastern Shenzhen city, which links Hong Kong to the mainland.

Eight of the defendants were accused of illegally crossing the border, while two of organizing the crime.

Hong Kong witnessed mass anti-government protests in 2019 over now trashed extradition bill that would have allowed the government to extradite criminal suspects to China.

The protests have now died down but Beijing imposed a national security law in the semi-autonomous region in July, triggering an international backlash.

Many have since fled the region for western countries or nearby Taiwan, which claimed its independence in 1949. Beijing says it is its “breakaway province.”