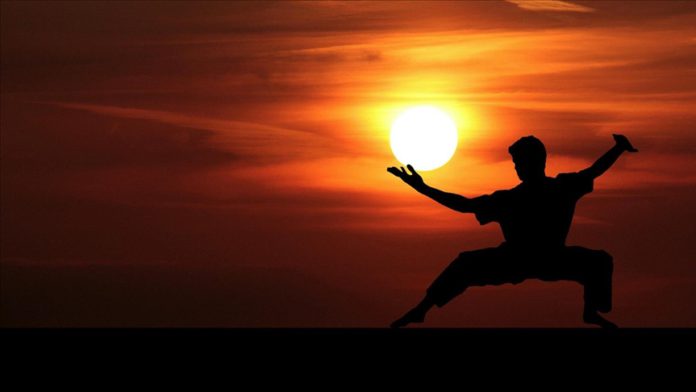 Similar to Kung Fu Yoga, a 2017 Hollywood film about a mission to uncover an ancient Indian treasure in Tanzania using historical knowledge and Chinese martial arts, the two Asian giants are essentially doing the same thing to jostle strategic economic interests by imparting yoga and kung fu skills to enhance their soft image in the East African country.

Kung fu, which conjures up the image of iconic movie star Bruce Lee, whose fighting skills were adored globally, has gained wide popularity in Africa, signaling China’s growing influence on the continent.

But on the other, India’s yoga exercises are also becoming increasingly recognized for improving Tanzanians’ health due to their therapeutic benefit on the body and mind.

The kung fu frenzy has swept not only Tanzania but the entire African continent thanks to the friendly relations between China and Africa, which have been strengthened by their collaboration.

Although kung fu and yoga appear to be diametrically opposed, with the former emphasizing fighting and the latter reinforcing compassion, analysts say both sports draw their strength from similar principles.

“When you critically examine both sports, you can see they complement each other in many ways, as some components of martial arts stem from yoga,” said Justine Ogodo, a sports enthusiast based in Dar es Salaam.

Both yoga and kung fu are derived from mindfulness, consciousness, and awareness, he said, adding that these sports benefit the body and mind equally.

“Yoga habits can take your fighting skills to the next level,” Ogodo told Anadolu Agency.

Li Yan, the director of the Confucius Institute at the University of Dar es Salaam, said martial arts have a long history and are an important symbol of Chinese civilization.

“The Chinese people have achieved physical and mental health stability for many years and developed a philosophy of life combining hardness and softness in the national spirit,” Yan told Anadolu Agency.

He said China is committed to strengthening its cooperation with Tanzania in the field of martial arts by providing training courses to people from all walks of life.

Kung fu has gained popularity as a sport for all and has become a bridge of friendship and cultural exchanges between Tanzanians and Chinese, he asserted.

The two nations, through this sport, have been able to promote mutual respect, uphold equity, and justice, he said.

“The sport not only teaches you respect and discipline, but it also makes you feel healthy and fit,” he stressed.

John Mapelele, a communications officer with the Ministry of Culture, Arts and Sports, said Tanzanian President Samia Suluhu Hassan has directed the ministry to ensure that Chinese martial arts and Indian yoga exercises are incorporated into the country’s sports and cultural development plans.

“China and Tanzania have a long diplomatic relationship, and we are committed to strengthening that spirit,” he said.

Ramadhani Mshana, a kung fu master who runs the Dragon Warriors Club in Dar es Salaam, told Anadolu Agency that he has trained hundreds of students and equipped them with necessary skills for self-defense and body fitness.

“This sport brings Tanzanians and Chinese people together to exchange cultural ideas,” he explained.

Begeja, 36, shouts as he leads a dozen students in body maneuvers while dressed in a white kung fu uniform with a brown belt tightly strapped around his waist.

He said kung fu training has helped promote Chinese culture in the country, and Tanzanians have had the opportunity to learn a lot of skills from the hardworking Chinese people.

“Kung fu has helped many young people who were on the verge of developing dangerous habits like drug abuse,” he said.

Meanwhile, through the Indian High Commission in Dar es Salaam, India’s Council for Cultural Relations is promoting yoga sport as a way to improve physical and mental well-being.

According to officials, yoga exercises are one of the most valuable gifts that India has ever given to the people of Tanzania.

Yoga, an ancient Indian ascetic discipline, is responsible for improving health and providing much-needed relaxation to Tanzanians who have been stressed by life’s intricacies.

Ravi Singh, a yoga instructor at the Swami Vivekananda Cultural Center in the city, said a growing trend of people around the world is embracing yoga to stay healthy.

“Yoga plays an important role for psychosocial well-being. It is especially good for calming down fears and anxiety,” he said.

Yoga is a part of Indian heritage and India has been the pioneer in introducing it to the world.