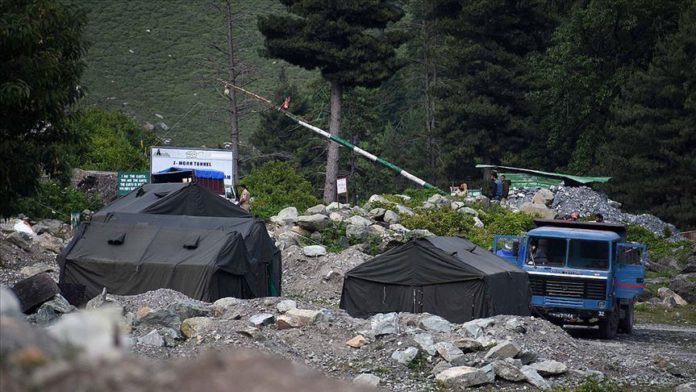 China on Wednesday reiterated its claim that a recent military clash with India had occurred on Beijing’s side of the de facto border in the disputed region of Jammu and Kashmir.

Addressing a news conference in Beijing, China’s Foreign Ministry spokesman Zhao Lijian said that the “incident was very clear, as it happened on the Chinese side of the Line of Actual Control [LAC] and the responsibility did not rest with China,” the daily Global Times reported.

India confirmed on Tuesday that at least 20 of its soldiers, including an officer, were killed in the eastern Ladakh area of Jammu and Kashmir last Monday night.

Border skirmishes between China and India began May 5 in the Galwan Valley in Ladakh, followed by another in the Nakula pass in India’s northeastern Sikkim province three days later.

However, Zhao added: “China and India are in close communication on resolving relevant issues through both diplomatic and military channels.”

The clash took place during a “de-escalation process” in the Galwan Valley where the two armies have been engaged since early May, according to the Indian army.

It was the first time since 1975 that China and India had engaged in a fatal military clash along their mutual border.

After the incident, the spokesman of the Chinese People’s Liberation Army Western Theater Command, Zhang Shuili, asked India on Tuesday to “stop all provocative actions, meet the Chinese side halfway and come back to the right path of solving disputes through talks.”

“We are concerned about reports of violence and deaths at the Line of Actual Control between India and China and urge both sides to exercise maximum restraint. We take positive note of reports that the two countries have engaged to deescalate the situation,” said Eri Kaneko, associate spokeswoman for the UN Secretary-General.

In another international reaction, the US said it was “closely monitoring” the situation following the clashes between Indian and Chinese forces and hoped the two countries’ differences would be resolved peacefully.

“We are closely monitoring the situation between Indian and Chinese forces along the Line of Actual Control,” a State Department spokesperson said.

China’s close ally Pakistan threw its weight behind Beijing in the standoff.

“China tried its best to resolve the [border] issue amicably, and through talks. But India did not take it with the same spirit, and continued constructions in the disputed region, which led to a bloody clash,” Foreign Minister Shah Mehmood Qureshi said in a statement Wednesday.