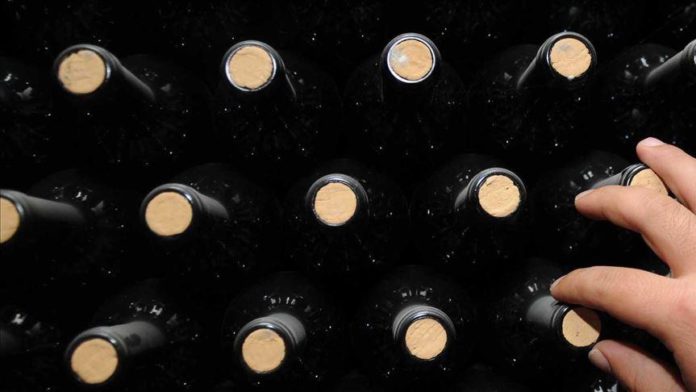 China on Friday announced tariffs of over 200% on Australian wine imports starting Nov. 28, according to local media.

In a statement, the Chinese Ministry of Commerce said Australian exporters had been dumping wine in its market and that provisional anti-dumping measures would henceforth apply in the form of deposits on wine imported from Australia, starting on Saturday, the state-run daily Global Times reported.

The move came after the results of an anti-dumping investigation into Australia’s wine exports found that Chinese winemakers had been caused “substantial harm.”

The heavy tariffs could cause a $1.2 billion loss a year to the Australian wine industry, according to ABC News.

“We’re trying to get an appreciation of the reasoning behind the determination in introducing these tariffs,” ABC News quoted Littleproud as saying.

“That’s why we’re moving quickly to work with the industry and my officials and DFAT [Department of Foreign Affairs and Trade] officials in Beijing to get an understanding so we can put our case around this decision […] that we feel is quite outrageous and, to be honest, disproportionate to any reason that anyone has put to us subsequently,” he added.

Earlier this month, the Chinese government asked importers to suspend orders of wine and six other types of Australian exports, according to ABC News.

“The China market is a big market for us, but also some of our major competitors, particularly from Europe, are [now] given a tariff advantage of 100-200 per cent [which] is going to make it very difficult to compete […] it won’t be good,” said Tony Battaglene of Australian Grape and Wine, a national association of winegrape and wine producers.

Australia’s wine exports to China surged since 2019 after both countries signed the free trade agreement allowing Australian wines into China without tariffs.

In 2019, Australia’s wine exports to China rose 12% year-on-year, becoming China’s biggest wine provider with a 37% share of China’s yearly wine imports — well ahead of France at 27%, Chile at 13%, and Italy at 6%, according to the Global Times.

“It is a relationship that must be managed in the national interest and not for partisan political interests,” she said.

Relations between Beijing and Canberra turned sour after the latter joined its Western allies in seeking a probe into the origins of COVID-19, which first appeared in Wuhan, China in December 2019.