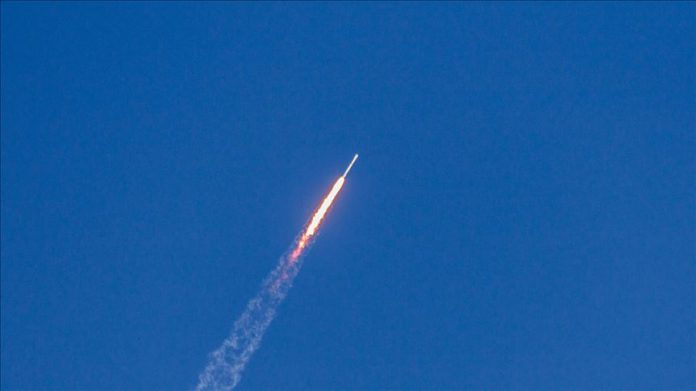 China and the US have witnessed a rare confrontation in the hot South China Sea as the Chinese army fired missiles to warn off US forces.

According to South China Morning Post daily, China’s People’s Liberation Army launched two missiles including an “aircraft-carrier killer” which Beijing reportedly see as ‘a warning’ to the US forces in the South China Sea Wednesday morning.

The development comes as the sea is witnessing increased military drills by China, the US, and their allies.

China also lodged “stern representations” after a US spy plane was detected flying over a no-fly zone set up by the Chinese army in the Bohai Sea.

Beijing complained Tuesday that the US sent its U-2 spy plane into the so-called “no-fly zone without permission” when the Chinese army was holding a live-fire naval drill in the Bohai Sea off its north coast.

A report quoting unnamed sources said that Chinese army launched one of its DF-26B missiles from the northwestern Qinghai province and then a DF-21D missile from Zhejiang province in the country’s east.

“Both were fired into an area between Hainan province and the Paracel Islands,” the report added.

The DF-26 – a dual-capable missile – is reportedly banned under the Intermediate-Range Nuclear Forces Treaty which was signed by the US and the then Soviet Union towards the end of the Cold War. However, the US later withdrew from it, citing China’s deployment of such weapons as justification.

The Chinese have been holding military drills around the Paracel Islands since Aug. 24 and are set to end on Saturday.

China, Vietnam, and the Philippines, among others, have been debating South China Sea maritime and territorial disputes for over two decades.

Beijing claims roughly 90% of the total area defined by a map with an ambiguous “dash-line” – a U-shaped demarcation line – published in 1947.

COVID-19 cases triple in Latin America in only a month