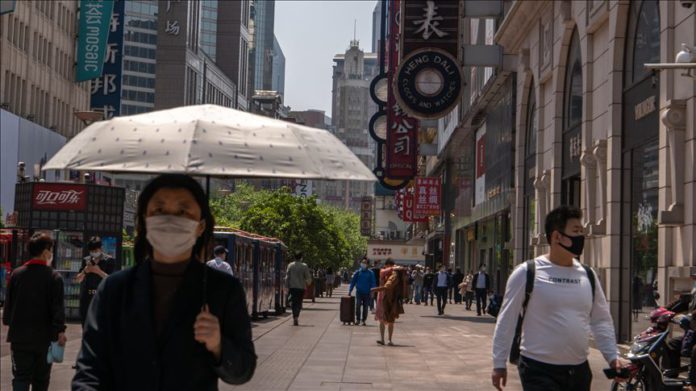 The Chinese capital Beijing on Tuesday extended the lockdown to 18 more residential communities following a fresh outbreak of the novel coronavirus in the country’s capital, state-run media reports said.

Earlier, 11 communities near the Xinfadi Market — a wholesale market on the city’s south side — were under lockdown, which now raised to 29.

Authorities already closed the Xinfadi market which sells seafood, fruit and vegetables believed to be the source of the new outbreak in the city.

According to the Global Times, the country’s capital locked down more communities to contain the virus’s spread that turned the capital city to a “no go zone” for other parts of China.

The Chinese mainland recorded 40 new cases, including 27 in Beijing, bringing the tally to 106 in the capital during last five days, the country’s National Health Commission said in its daily report.

So far, nine out of 11 districts in the city have reported confirmed cases.

The city government advised that the people at high risk of exposure to COVID-19 should not leave Beijing, and also barred the taxis and car-hailing vehicles from leaving the capital since Monday, the daily reported.

“We need to strengthen the bottom line thinking and make an all-out fight, taking epidemic prevention and control as the most important and urgent task at present… and taking the most determined, decisive and strict measures to contain the epidemic,” the daily quoted a local high official in Beijing as saying.

Beijing, home to 21.5 million permanent residents, has started massive nucleic acid tests, especially for those who visited the Xinfadi Market.

Multiple cities have warned local residents not to travel to Beijing, the official media said.

“Beijing will not become a second Wuhan, which sustained the worst blow from the virus in China. For starters, this isn’t an ideal season for the virus to spread, compared with Wuhan’s outbreak in the winter,” said Yang Zhanqiu, the deputy director of the pathogen biology department at Wuhan University in his study published in the Global Times.

According to Yang, China has set up an effective, complete prevention system after months of all-out efforts to combat the virus. With a rapid reaction, Beijing has no possibility of becoming a second Wuhan, despite the emergence of dozens of infections.

The pandemic has killed over 437,200 people worldwide, while infections have exceeded 8.05 million, with more than 3.88 million recoveries, according to figures compiled by Johns Hopkins University.