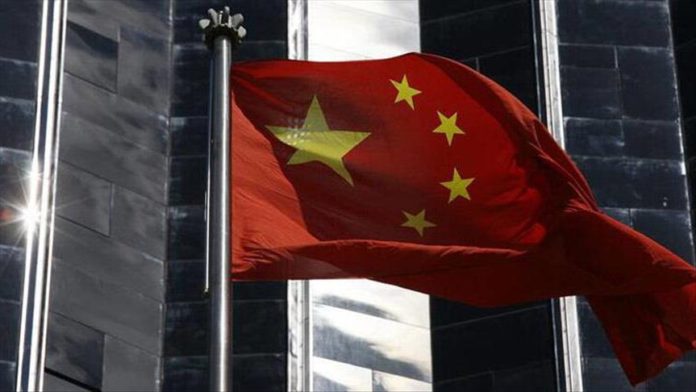 With an unofficial US delegation visiting Taiwan, China on Wednesday expressed anger over increased interactions between the two, calling on Washington to halt such practices.

“China has lodged solemn representations with the US on [President] Joe Biden sending unofficial delegation to Taiwan,” Lijian Zhao, spokesman for China’s Foreign Ministry, told a news conference in Beijing.

“Beijing urges the US to immediately stop official exchanges of any form with the island and prudently handle Taiwan-related questions,” Chinese daily Global Times quoted Lijian as saying.

Earlier in the day, a US delegation comprising of former officials of the US Department of State and a former senator landed in Taipei on an “unofficial” visit to Taiwan which China regards as its “breakaway province”. However, Taipei maintains it is independent since 1949.

It is first such delegation under the Biden administration to have engaged with Taipei. Last month, a sitting US ambassador visited Taiwan. He was accompanying a delegation of Palau president to Taipei.

The visit came a day after Taiwan complained of “biggest incursion” in its air defense identification zone (ADIZ) by at least 25 Chinese military jets whose activities over Taiwan Strait have increased with frequent Washington-Taipei interactions.

Received by Taiwan’s Foreign Minister Joseph Wu, the delegation will meet Taiwan President Tsai Ing-wen on Thursday besides having meeting with Taiwanese officials concerned about national security, foreign affairs, and national defense during their stay.

The administration of former US President Donald Trump sold Taipei weapons worth $4.8 billion last year, escalating the already tense relations with Beijing which sees it as a violation of the “one-China policy.”

The US shifted its diplomatic relations to Beijing in 1979, confirming with the “one-China policy.”

Beijing has not ruled out to use force to halt Taipei getting closer to Washington.

“We do not promise to abandon the use of force, and retain the option of taking all necessary measures. We are aimed at the interference of external forces and the very small number of separatists and their separatist activities. We are definitely not aimed at compatriots in Taiwan,” said Ma Xiaoguang, spokesman for the Taiwan Affairs Office of the State Council in Beijing.

He told reporters on Tuesday that deployment of 25 warplanes to Taiwan’s airspace was “to tell Taiwan that moving closer to the US to seek independence would fail.”