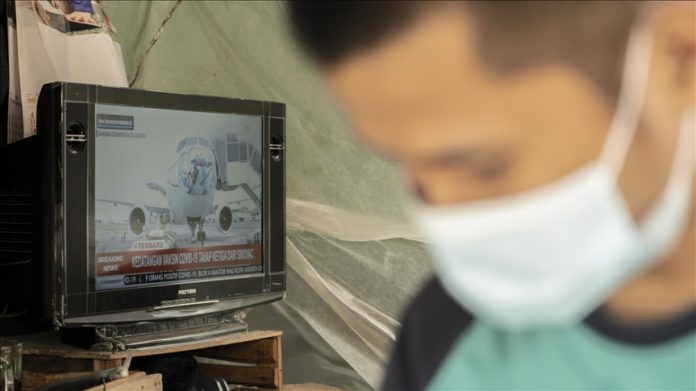 China will exempt foreigners applying for visas to enter the country via Hong Kong who have received a Chinese vaccine from providing health certification, the state-owned CGTN news channel reported Monday.

Those who are administered non-Chinese vaccine doses will be required to produce negative nucleic acid tests and a health and travel declaration form, CGTN said.

The new rule was announced last week to facilitate cross-border entry as the world begins to enhance physical movement in view of the ongoing pandemic.

“As of March 14, 64.98 million COVID-19 vaccine doses have been administered in China,” said Li Bin, the deputy head of the NHC, addressing a live-streamed news conference in Beijing.

The health official added that China is studying various measures taken by different countries regarding international travel for inoculated groups and is considering further policy adjustments.

China has reported at least 90,049 confirmed cases of COVID-19 including 4,636 deaths since the first such cases were detected in Wuhan city in December 2019. Five new cases were reported Monday, all of whom were imported.

Last week, China’s Foreign Ministry said that Beijing has donated or is donating COVID-19 vaccines to 69 developing countries in urgent need and is exporting vaccines to 43 countries.

It added that at least 60 countries have authorized the use of Chinese vaccines.