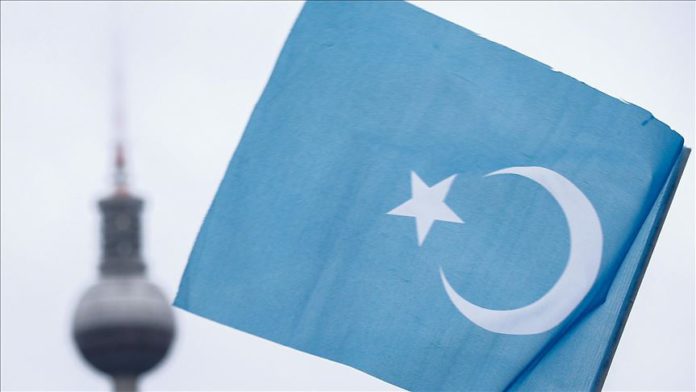 China on Thursday said it “strongly deplores” a sanctions bill signed by the US president against Beijing on its crackdown on the minority Muslim Uyghur ethnic group, urging for cooperation rather than confrontation.

“China strongly deplores the US signing into law of the Uyghur Human Rights Policy Act of 2020,” Foreign Ministry spokesperson Zhao Lijian said, a day after a meeting between Yang Jiechi, a Communist Party Politburo member, and US Secretary of State Mike Pompeo in the US state of Hawaii.

“We urge the US side to respect China’s counter-terrorism and de-radicalization efforts, stop applying double standards on counter-terrorism issues, and stop using Xinjiang-related issues as a pretext to interfere in China’s internal affairs.”

He said that Jiechi informed Pompeo regarding the “counter-terrorism and de-radicalization measures” taken by the Chinese government in accordance with law, and hence “the security situation in Xinjiang has been turned around, and the rights to life, health and development of all ethnic groups there have been effectively safeguarded.”

Donald Trump said he signed the legislation that “holds accountable perpetrators of human rights violations and abuses such as the systematic use of indoctrination camps, forced labor, and intrusive surveillance to eradicate the ethnic identity and religious beliefs of Uyghurs and other minorities in China.”

China is accused of carrying out repressive policies against the Turkic Muslim group, and restraining their religious, commercial and cultural rights.

The new law will prohibit acts of secession, subversion, terrorism and foreign interference in the city’s affairs. Activists fear it will be used to quash dissent in the semi-autonomous territory, which is a part of China since 1997.

“Hong Kong affairs including the establishment of a legal system and enforcement mechanisms to uphold national security in Hong Kong are purely China’s internal affairs,” Lijian quoted Jiechi as saying.

“China is resolutely determined in advancing the national security legislation… and urges the US side to respect China’s sovereignty, view the legislation objectively and fairly, and stop meddling in Hong Kong’s internal affairs in any form.”

The issue of Taiwan also came up during the discussions, and it was stressed that “One-China” policy is the political foundation of China-US relations.

“There is only one China in the world and Taiwan is an inalienable part of China,” the spokesperson said.