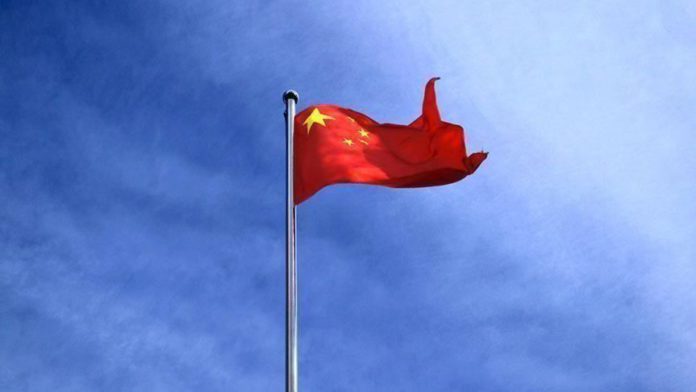 China’s ambassador to the UK denied on Sunday the widespread abuse of the Uighur community after a video posted on social media raised accusations of genocide.

In an interview with BBC, Liu Xiaoming was confronted with the drone footage of prisoners shackled in chains being forced on to trains in the autonomous Xinjiang region in northwestern China, home to the Uighur minority, in what looked like a prisoner transfer.

The detainees had their heads completely shaven, and were sitting in rows wearing blue and yellow uniforms before being taken away by police.

“I do not know where you get this videotape,” Xiaoming told the BBC. “Sometimes you have a transfer of prisoners in any country,” he said.

“We treat every ethnic group as equal,” he added.

Both human rights groups and western governments have been vocal in condemning China’s widespread abuses against the Uighurs.

The condemnations have focused on what China calls re-education camps, as well as allegations of mass, systemic forced sterilization.

He blamed the accusations on “some small group of anti-China elements.”

“It certainly looks that way,” she said.

Nandy said what China was doing was “the deliberate persecution and killing of a large group of people on the basis of their ethnicity of nationhood”.

She called on the UK to impose unilateral sanctions, as the US has done.

British Foreign Secretary Dominic Raab was slightly more reserved, saying: “With genocide, it’s such a specific definition you have to be very careful. But the fact is, whatever the legal label, it is clear that there are gross, egregious human rights abuses going on. Which is why at the UN we raised this with 27 partners, to call out the government China for its human rights abuses of the Uighurs, also Hong Kong.

“The reports of the human aspects of it, from forced sterilization to the re-education camps, are reminiscent of something we have not seen for a long, long time. And this is from a leading member of the international community, who wants to be taken seriously, and whom we want a positive relationship. But we cannot see behaviour like that and not call it out, albeit with our partners and in the right way.”

The coronavirus pandemic, Huawei’s role in the UK’s 5G network, China’s imposition of a controversial security law on Hong Kong, and now its treatment of the Uighur minority, have all strained UK-China relations in recent months.

US lawmakers clash in latest phase of impeachment probe

March 24, 2020
We use cookies to ensure that we give you the best experience on our website. If you continue to use this site we will assume that you are happy with it.Ok